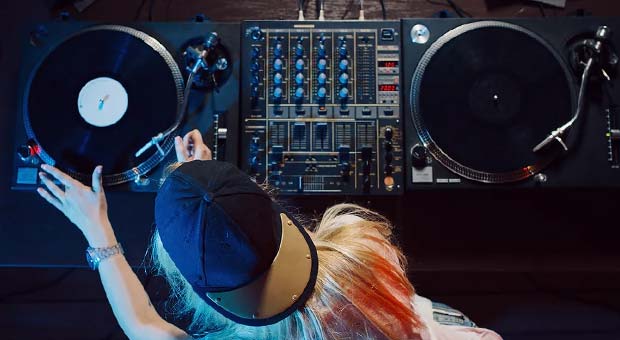 An event that aims to provide Manchester’s LGBTQI+ women and nonbinary people with a safe space and dedicated women/nonbinary-focused programming is helping to shed light on the lack of variety in the nightlife offer in and around Manchester’s Gay Village.

What She Said, which started as an experiment in 2019, is opening up dialogue about the issue, which is largely overlooked despite Manchester having one of the largest and most diverse LGBTQI+ communities in the country.

Róisín Murray, founder and organiser, said: "I grew up on Canal Street finding my true self in the late 90’s/early 2000’s. I fell in love with a girl for the first time and got my heart broken for the first time – and thousands times more – on that street.

“Today there’s nowhere on that street I or any of my LGBTQI+ female or nonbinary friends can call our own. There are men-only bars, but the onlybar for queer women hasn’t been exclusively for us for a very long time – and that’s not their fault; it’s how they survive on a street designed for men, run by men and where men go to meet other men.

“I’ve realised that women and nonbinary people are an after-thought on Canal Street and nobody is really talking about it, so I decided to do something about it and plan events that put women and nonbinary people top of mind, featuring headline acts that look and love like us and who they will love to see live, in spaces they won’t feel threatened, out of place in, or too old for.

“What She Said is somewhere that women and nonbinary people can go to meet new friends, new lovers and – let’s be honest – probably new ex’s. But unlike Canal Street’s men-only bars, we’re welcoming everyone within the LGBTQI+ community and beyond, as long as they respect of the nights’ main purpose and leave their egos at the door!”

Followingevents in rooms above pubs in Chorlton, to clubs in the city centre, the event has grown rapidly and will be next held at The Carlton Club in Whalley Range on Saturday 5th February 2022.

Murray added: “At What She Said we’ve realised some LGBTQI+ women and nonbinary people are all about the late-night club scene and some aren’t, and that’s ok. We’re planning to provide events that showcase the bestDJ’s, but we’ll also organise gigs, with female and nonbinary singer-songwriters, that don’t last until sunrise. Our artists don’t have to be LGBTQ+, they just have to brilliant, and the pool of talent is deep!”

Murray concludes: “What She Said is putting LGBTQI+ women and nonbinary people first and listening to what they want. Our previous events have all sold out and have received nothing but praise. We’ve had messages from Queer people across the country wishing they lived in Manchester so that they could attend because their city has nothing like this. Would we go national? We’ll just have to wait and see what she says...”