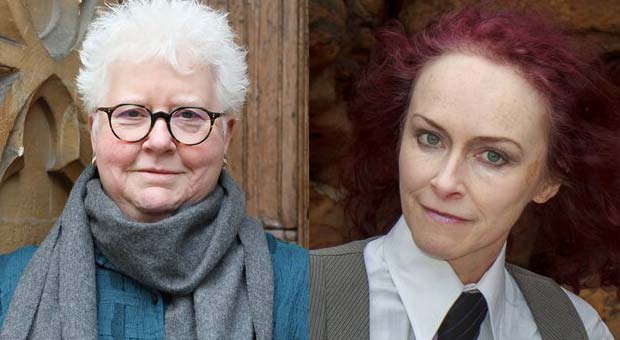 Dubbed the Queen of Crime, Val McDermid has sold over 17 million books to date across the globe and is translated into over 40 languages. She is perhaps best-known for her Wire in the Blood series, featuring clinical psychologist Dr Tony Hill and DCI Carol Jordan, which was adapted for television starring Robson Green and Hermione Norris.

Val has won many awards internationally, including the CWA Gold Dagger for best crime novel of the year, the CWA Cartier Diamond Dagger, the Grand Prix des Romans D’Aventure, the Lambda Literary Foundation Pioneer Award in 2011, the Stonewall Writer of the Year and the LA Times Book of the Year Award.

Val is also an experienced broadcaster with regular appearances on TV and radio. She has guest edited BBC Radio 4’s Front Row, fronted two features for BBC Two’s The Culture Show and appeared on a variety of TV shows from Question Time to Have I Got News For You.

Val will be interviewed by Rosie Garland who she named in the Guardian in 2019 as one of the UK’s most compelling LGBTQ writers. Writer and singer with post-punk band The March Violets, Rosie’s work also appears in The Guardian, Under the Radar, Spelk, Interpreter’s House, The Rialto, Ellipsis, Butcher’s Dog, Mslexia, The North and elsewhere. New poetry collection What Girls Do In The Dark (Nine Arches Press) is out now.

She has written three novels. The Palace of Curiosities, her first novel, won the Mslexia Novel Competition and was longlisted for the Polari First Book Prize. Her latest novel, The Night Brother was described by The Times as “a delight…with shades of Angela Carter.”

Please clcik READ MORE below for more information and to reserve your place.