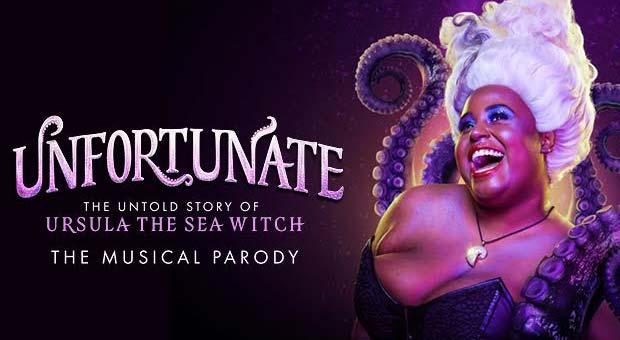 Unfortunate at The Lowry

September - things are gonna get wet.

Join everyone’s favourite Disney Diva, Ursula, as she gives her take on what really happened all those years ago under the sea. With an original hot pop soundtrack and trademark filthy humour, it’s time to take the plunge and dive in to this year’s hottest night out.

Robyn Grant – Writer of the Book and Lyrics and Director said:

"We’re beyond thrilled to be making our return this Summer, after spending the last two years upscaling thedesign, expanding the show into its two fast paced and electric acts, finding our wildly talented new cast and dreaming up what we know this show has the potential to be. ‘Unfortunate’ is brimming with the

passion and persistence of a magnificent team of individuals fully committed to our vision of pure silliness,eccentricity and joy. Ursula’s lair is finally ready to welcome you back and brimming with surprises, we just need our final ingredient... you!”

Further details and tickets via HERE