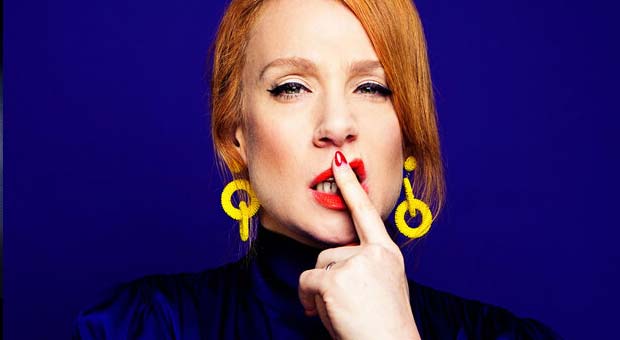 The Women in Comedy Festival 2021

It is that time of year again.

The Women in Comedy Festival is now less than a month away and has finalised a brilliant and exciting line up celebrating women, and those who identify as women, in comedy!

Running from 1st to the 10th of October the festival will see solo shows, works in progress, showcases, seminars and workshops across seven venues in the city including Tribeca in the gay village, Gullivers in the Northern Quarter and festival HQ The Frog and Bucket Comedy Club. Plus there will be some shows online.

Within the line up there are solo shows from the All Killa No Filla podcast comedian Rachel Fairburn with Maniac, the fast rising Hayley Ellis with The Invisible Mam, the powerhouse American comic Sara Barron on tour with her latest show Enemies Closer and the critically acclaimed Russian comedian Olga Koch with her third solo show Homecoming. The multi-award winning Eleanor Conway appears with the gloriously filthy Vaxxed and Waxxed, former nurse Gemma Barry shares her Flaps of Steel, Orthodox Jewish comedian Rachel Creeger with her latest work Pray it Forward and actor and Funny Women award winner Thanyia Moore explores both being bullied and being a Bully.

Themes running through the shows include race, politics, sexuality, the female body, sex and dating amongst many other topics!

Seminars include a chance for budding comedians to meet comedy producers and bookers plus a look behind the scenes at Get Off! the HR service set up to rid the comedy scene of sexual harassment.

The festival is now run by Jessica Toomey of Manchester’s Frog and Bucket comedy club with the support of Funny Women - the leading female comedy community empowering women to find their voice through performing, writing and creating comedy.

Toomey notes of the festival’s return, “after having to take a year off I'm delighted that the festival is back for 2021. I believe we need this festival more than ever as there has been so little opportunity, due to Covid, to champion and showcase women in comedy in the last 18 months.”

Lynne Parker, founder and CEO of Funny Women adds, “we are delighted to be involved with this important festival as we come out of lockdown.  The level and balance of live entertainment is increasingly important.”

The festival was originally the brain-child of Dulcet Sounds’ Hazel O’Keefe who ran it from its inception in 2013 to 2019.  Toomey came on board in 2018, fully taking over the reins this year.

As Peake noted when she took on the patronship, “I’m proud to be supporting the UK Women in Comedy Festival as a patron. A festival filled with laughter combined with feminist principles taking place in the North… what’s not to support!”