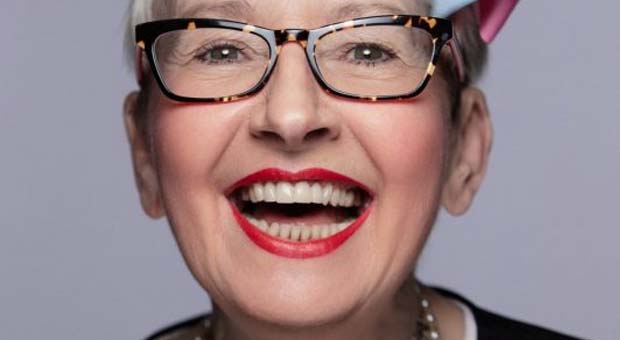 The beloved Su Pollard is an actress, singer, author and songwriter. Her career has spanned over 45 years; she is most famous for her role in the BAFTA-winning Perry & Croft sitcom Hi-de-Hi!. She also appeared in You Rang, M'Lord? and Oh, Doctor Beeching!.

Pollard has appeared in over 35 stage plays and musicals, as well as over 40 pantomimes. As a singer she scored a UK No. 2 hit with the song "Starting Together" in 1986, and also released an album.

Su is about to embark on her first ever “An Evening with Su Pollard” tour where she will talk about her exceptional career, which is sure to be filled with laughter and a few tears. Su will also undertake a Q & A with the audience

Su made her television debut on Opportunity Knocks, where she came second to a singing Jack Russell dog.

She is best known for her role as Peggy in the BAFTA Award-winning sitcom Hi-De-Hi and was honoured to be the subject of This Is Your Life.

Her forthcoming appearance at ALTRINCHAM GARRICK is part of a larger UK tour and full details, inc limited 'meet n greet' tickets are available via here