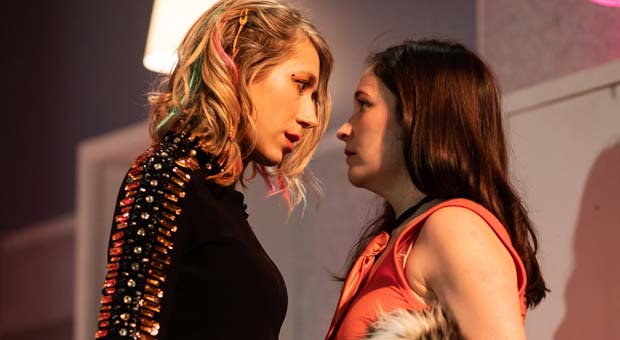 ‘No, Alice, I don’t want to become a man, I just want to stop trying to be a woman.’

It's New Year in Rotterdam, and Alice has finally plucked up the courage to email her parents and tell them she's gay. But before she can hit send, her girlfriend Fiona reveals that he has always identified as a man and now wants to start living as one named Adrian.

As Adrian begins his transition, Alice must face a question she never thought she'd ask... does this mean she's straight?

A bittersweet comedy about gender, sexuality and being a long way from home from writer Jon Brittain, co-creator of Margaret Thatcher Queen of Soho, and writer of What Would Spock Do? and The Sexual Awakening of Peter Mayo.

“Brittain’s play is another reminder - warm, witty and wise - of the stupidity of thinking that there are only two genders” Time Out

Click below for more information and to book tickets.