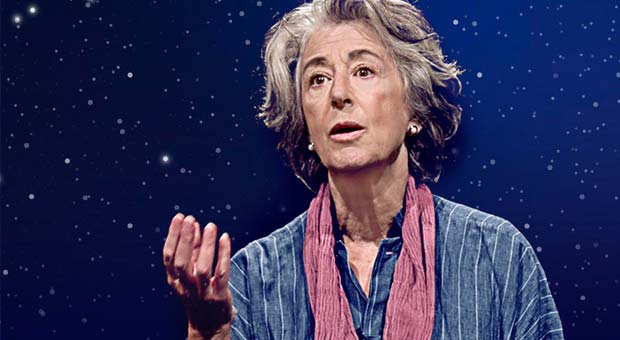 Following a hugely successful award-winning online run, which was later broadcast on Sky Arts, Dame Maureen Lipman returns to the title role of Rose for a new production starting on the stage on which it was filmed.

From a tiny Ukrainian village, through the Warsaw ghettos to the boardwalks of Atlantic City, the play is a reminder of some of the harrowing events of the 20th century through a Jewish woman’s eyes. Blending the personal with the political, Rose traces one woman’s story from the devastation of Nazi-ruled Europe to conquering the American dream.

Lipman is Rose - a woman shaped by her history. She offers an intimate and, at times, humorous account of the 20th century, and its complicated heritage. This thought-provoking production acts as a caution, highlighting the importance of unity in the face of adversity, and the need to recognise and empathise with the suffering of others. Rose premiered at the National Theatre in 1999, where it was nominated for an Olivier for Best New Play.

Martin Sherman said, “I am delighted that Rose is returning to the stage. Having Maureen Lipman embody Rose is an answered prayer.  I would have hoped, against my own interests, that the play would cease to be relevant; but history insists on displacing and oppressing human beings in a kind of never-ending loop.  This production represents my still-existent hope that someday things will change.”

Dame Maureen Lipman said, “I am so happy to be bringing Rose by Martin Sherman to Park Theatre this September. The show was filmed last year at Hope Mill theatre in Manchester and shown twice on Sky Arts to an overwhelmingly enthusiastic response. It is a daring and possibly a terrifying leap to perform Rose live  on stage, with no safety net, for a limited season at the theatre I know and last played in utter bewilderment in ‘Whodunnit Unrehearsed’.

Who is Rose? She is a lover, a widow, a refugee, a grandmother, a critic, an immigrant and a hotel owner. She is the 21st century, she is Everywoman and there is no one is like her.  Please come and meet her and me, Maureen Lipman.”