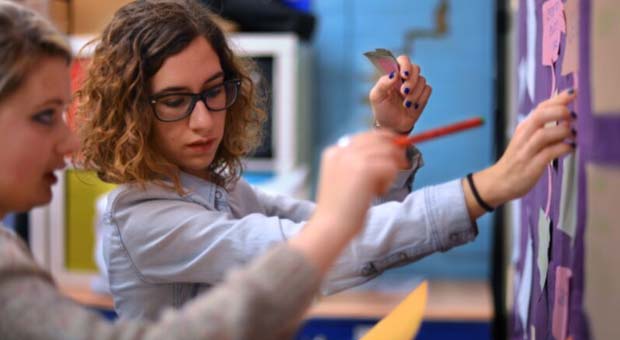 This summer, The Proud Trust is encouraging young writing stars of the future to put pen to paper and enter its new ‘Transcriptions’ writing competition for trans/non-binary 11-19 year olds, with the chance to get their work published and win a share of a £400 cash prize.

The LGBT+ charity hopes to capture young imaginations and encourage thinking about bigger issues, whilst developing writing abilities across the nation.  Their new ‘Transcriptions’ competition is now open and runs until 31st October 2019 and every young person that enters will receive a certificate to celebrate their work.

The winners will be announced by 30th November 2019 and will get their work published, plus a share of a £400 cash prize.  This is the first competition of its kind to be solely for trans-non binary young people and demonstrates The Proud Trusts commitment to supporting this important group. Youth work remains the largest area of activity for the charity and is the reason they were founded over 12 years ago.

The all trans judging panel who have the difficult job of considering all entries are Rapper Nate Ethan, Christine Burns MBE and British Anglican priest, poet and feminist theologian, Rev Rachel Mann.

Rapper Nate Ethan Watson is a year into his own journey and transition from female to male. Previously known as N'Chyx, the rapper and lyricist has spent a decade in the industry and performed with the likes of D Double E and Tim Westwood. Nate is noted as one of only a few LGBT and trans performers in diverse/versatile rap and is a previous BBC 16 bar champion. He has just released his first single, ‘Like It or Not'

Fellow judge, Christine Burns, MBE is a British political activist best known for her work with Press For Change and was awarded an MBE in 2005 in recognition of her work representing transgender people.

The rules of the competition are simple. All entries must be 500 words maximum and entrants must be trans and/or non-binary between the ages of 11 and 19 years of age to enter.  Aside from this, anything goes for writers. They can create a story, a poem, song or rap lyrics, non-fiction prose…whatever gets their creativity flowing.

The Proud Trust is the UK’s largest LGBT+ youth charity. It was founded in 2005 as LGBT Youth North West by Sally Carr MBE.  It provides life-saving and life-enhancing support to help empower young people to make a positive change for themselves and their communities through youth groups, peer support, training and events at its Manchester LGBT Centre, as well as delivering UK-wide campaigns such as Transcriptions, undertaking research and creating resources for LGBT+ young people who need it.

Amelia Lee, Strategic Director of The Proud Trust said: “We’ve very excited about our Transcriptions competition and can’t wait to inspire the next generation of writing stars and celebrate their talents.

The long school and college summer holiday is an ideal time to get creative and find new interests and inspiration to keep up reading and spelling skills and avoid the usual summer slide before returning in the Autumn.”