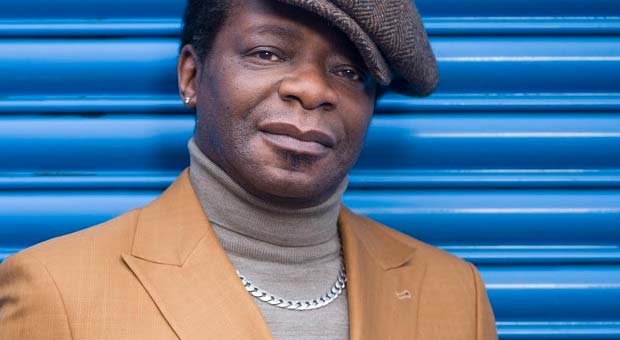 One month to go! Stephen K Amos in Salford

It may be nearly two years later than planned – but who cares? How would you feel about joining Stephen for a beautiful night of fun, laughter and putting the world to rights? Or more im-portantly, how could you refuse!

In 2010 the world was in a sorry state. Fast-forward 11 years and everything’s still going downhill. Stephen has had his own share of highs and lows too. And when the world gives him lemons, he adds gin, tonic, ice and a healthy dose of humour. So forget the divisions and discord, and immerse yourself in an hour of bridge-building laughter to welcome the (hopeful) end of lockdowns!

Stephen is a BAFTA nominated and RTS award winning writer, broadcaster, actor and com-edian.He has had sell out tours for over 10 years, both in the UK and abroad. He has appeared on and hosted numerous TV and radio shows including  QI, Have I Got New For You, Pilgrimage: The Road To Rome, Prejudice and Pride (BBC), Battyman (C4), The Royal Variety Performance (ITV), Loose Ends, Life: An Idiots Guide (R4) and The Stephen K Amos Talk Show (Audible).

As an actor he has impressed critics with his performances on stage and screen including West End box office smash One Flew Over The Cuckoo’s Nest at The Gielgud Theatre and Eastenders (BBC1).  Stephen is the voice of Hyena for TingaTinga Tales BBC, has released 3 comedy specials and semi autobiographical book to critical acclaim and a brand new podcast ‘Me? I Blame The Parents’.

Stephen will also be appearing in MY NIGHT WITH REG at The Turbine Theatre in London. He plays the part of Benny in Kevin Elyot’s award-winning play, from 21st July - 21st August 2021

Details and tickets via READ MORE below