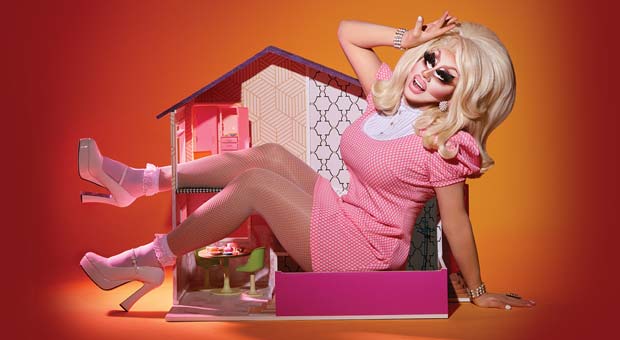 After a successful tour in 2018, All Stars 3 winner Trixie Mattel returns with a four piece band for her UKtheatre tour!

“Let’s really do it on this next tour, we’re doing ambitious reveals, costume changes, and wigs on wigs on wigs. I want people to leave and be like, That was hilarious and the guitar playing was great, and she did not have to do five costume changes in the first number, but she did” Trixie.

“Trixie Mattel: Grown Up” will find Trixie reinventing the hilarious charm of her previous tours (“Ages 3 and Up”, “Now With Moving Parts”, “Super Bowl Cut” and “Skinny Legend”), creating an intoxicating mix of her unparalleled sense of deranged and perfectly delivered humor, with her serious musical chops, often including Trixie accompanying herself on guitar and autoharp.  Trixie will be joined for the first time by a four piece band, signaling a more plugged-in sonic shift for the global folk chart topper.