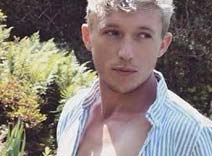 We're excited to announce the launch of our new Agony Uncle column with our friend and Canal Street Card partner Kieran Weeder from DSUnderwear. Kieran has a wealth of experience when it comes to business, sex & relationships and mental health and he's here to answer your questions, give advice and dish out some hard truths.

Dear Kieran, our in-house Agony Uncle solves your personal problems. Have you got a problem that you need some help with? Why not contact him on Facebook @DearKieran or Twitter @Dear_Kieran and get some advice in our next edition?

The saying “a problem shared is a problem halved” and that’s exactly what I’m here to do. Whether you’re struggling to come to terms with a break up, having issues with friendships or the bitch at work is really driving you insane, I’m here to offer some top tips and advice with how to deal with that difficult situation.

As this is the first #DearKieran column, you might be wondering “Who is this Kieran Weeder” or “What do I have that means that I can dish out advice” Well, I’m no professional psychologist, but I do have a lot of hands on experience in a lot of areas and so I hope I can pass on my knowledge to you and even if it helps a little. I’ve done my job. So, what ‘knowledge’ do I have? I’m the Managing Director of DSUnderwear.com – an international men’s underwear company. I started this business from scratch with zero financial help from anyone but my own savings, we’ve never taken a bank loan and I’ve not relied on anyone else dishing out the funds to make my dream a reality. We now operate in 13 countries throughout the world and have been nominated for several awards – I was runner up for Business Person of the Year in 2017 –  So, if you’ve got a business question, thinking of setting up shop or looking to expand, why not pick my brain apart and let’s see if we can come up with a workable outcome together.

I’ve been very open about my struggles with addiction, in 2016 I battled an addiction to alcohol, it was a long fought battle but I got the support and help I needed to get better. I’ve also had a very open struggle with my mental health – to a point where in May this year I attempted to take my own life. There were a number of reasons for this, including a failed relationship that really hit me hard, the business and just life in general – because let’s be real, life is shit sometimes. I’m better now, in a really good place and If I can pass just a little bit of advice over to help someone else the way someone helped me, then my job is done. It’s important to me to speak openly and honestly about everything and that’s exactly what this column is going to be. Sometimes you just need the hard truths or an outside perspective to see the bigger picture.

So - Now you know a little about me, let’s get down to business and answer those all important questions. Remember to find me on Social Media and get those questions in for next week ?

Dear Kieran! (Uncle Kieran?) I have just the question for you, and it's one I recently aired on twitter to mixed responses! I have a friend who consistently hooks up with 'straight' guys who he knows have girlfriends or wives - - is he responsible for the women involved, or is it none of his business? I tell him off, but should I? I don't want to rain on his parade. My biggest concern is that he doesn't get tested very often (ever?!) and I worry about the health of the women he's indirectly connected to via their boyfriends/husbands. Thoughts? What should I say, if anything?

This is a tricky one, because on one hand you could look at it and say, it’s your friend’s decision to make and you shouldn’t get involved. Your friend knows what he’s doing as does the married man and they are two consenting adults. On the other hand, I don’t think it’s a case of raining on his parade as much as having morals. He's showing you the kind of person he is with his actions, and you're not obligated to go along with it. You won't be able to change him, but you certainly don't have to support it. If you’ve tried to have an open and adult conversation with the person and they’re still not listening to you, that says a lot about their character and I think you should ask yourself whether the friendship is worth it and having someone that’s capable of doing that is someone that you really want in your life, because if they’re willing to do that with other people, what’s to stop them from doing the same to you if you have a partner? The testing is a troubling thing, as you say, not just for him but the welfare of the women that he is openly putting at risk – have you mentioned this to him? Maybe you could suggest going to the clinic together or get home testing kits which he may feel more comfortable doing, that way it’s less like you’re lecturing him on safe sex and more just inviting him along with you – not that he should need the persuasion to ensure he is safe. If he is unwilling to listen then unfortunately there’s nothing you can do, unless you know the people he is sleeping with and feel confident enough to oust him/the married party – however you’ll need to be prepared to lose him as a friend if you do this. If you want to continue the friendship and he’s unwilling to change his behaviour, you’re not really left with much of a choice. You could try and plead your case to his conscience – however from the sounds of it, he doesn’t really have one – but hey, anything’s worth a shot right? Try I'm really upset at how many people you're potentially hurting right now” if that doesn’t work, the only thing left to do is tell him you don’t want to hear about who he is sleeping with and he should keep it to himself.

What’s the best way to find a decent guy in Manchester? Grindr isn’t the way forward, tinder I think has had its time, and Recon is more of a fetish thing. I look at my friends who are settling down, and my parents/grandparents who have been together for 30+ years and struggle to think I’ll ever be in that position. As the eldest I feel I’ve let them down?

Firstly, let’s address that last point. I’m pretty certain that you will never let your parent’s down simply because you are not in a relationship. That does not define you, it does not define who you are as a person or what you have achieved. I’m sure your parents are immensely proud of you regardless of whether you’re single or in a relationship. Your nature is what makes someone proud, not the fact you have a partner. As for finding guys, I know it’s the old saying but, when you’re not looking the right one will come along. There isn’t a place where you can go that will guarantee you’ll find a man. It could happen in the village; it could happen in Starbucks whilst you’re waiting for your cappuccino or you might bump into them coming out of Tesco. Unfortunately, if there was a general rule to finding a match, everyone would have done it by now. You might be surprised to know that your friends are probably looking at your lifestyle in the same way that you’re looking at theirs thinking you’ve got it all. We’re programmed to always want what we don’t have, that’s human nature. Yes, it would be really nice to be settled down and happy, having someone to share the good times and the bad times with, but isn’t it better to wait for the right person rather than waiting for the right now person? To me, you’re placing too much pressure and importance on having a partner. Take a step back and look at what’s around you, look at all you’ve got in your life and enjoy that. When the time and person is right, it’ll happen.

I’m still a virgin at 39 years old and I want to experience what it feels like for the first time, should I hook up with a random person? I’ve been waiting for Mr Right but I think I’m running out of time?

For me this is simple, Wait. Maybe not until you’re wedding night, but I certainly wouldn’t give something as important as your virginity away for a meaningless one-night stand. Your first time is a special time and it’s something you’ll never forget. You’ve waited this long and I think if your first time was with a complete stranger, you’d forever have a pang of guilt about it. I’m an old romantic and think sex should be special, you may think differently but it doesn’t sound like it to me. Without a lot more context it’s hard to say, but when the time is right you’ll know it and it may be with someone you’ve been with for a few weeks or a few months, that decision is up to you, but in any case it should be special. As for running out of time, You’re still young and have plenty of time to go before you should be remotely thinking like that!

“I’m still in love with my ex, we weren’t together for long but the impact he had on my heart was massive and I’ve never got over it. What do I do?”

Tough one and one that hits close to home, I recently shared my feelings for a guy I dated last year on Twitter. I’ve never really gotten over him, certain things happen and it makes me think of him. For a while, getting on a train always made me think of him (stupid right?) or if I heard Freya Ridings - Lost Without You that would be it, I’d be a mess. Seeing a stately home – don’t even get me started – even a year later and it still makes me think of them. Unfortunately, there is nothing I can say here that can take those feelings away. You have to ask yourself “Could it ever work?” If you think the answer is yes, fight, fight for them. Don’t give up. Sometimes people need to know that you’re there and you’re willing to fight for them but you have to be careful to have a limit, don’t let that fight turn into begging, know your worth. If you’ve tried and it’s still not enough you need to be able to walk away – as painful as that may be – because you’re worth more. The feelings will either subside and one day you’ll just click and will be able to move on, or they will still be there, that person will still pop into your head but the pain won’t be there anymore. It’ll take time, but you’ll get there. If it’s meant to be, that person will always come back to you, you’ll find a way to get back together and if the time is right, you’ll make it work.