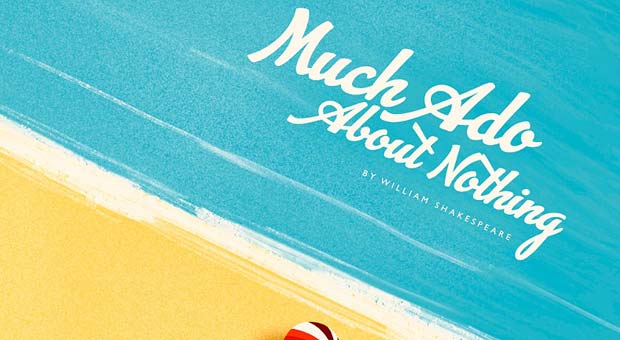 Much Ado About Nothing for GM Fringe

Manchester-based theatre company Time & Again- who recently lost their extensive collection of costumes, props, sets and equipment in a storage unit fire- are rising triumphantly from the ashes and bringing their period flair to two exciting Shakespeare productions, coming to the Greater Manchester Fringe this July. The company specialise in

stylish historical productions with a focus on strong women, and will be reprising last year’s magically 80s spin on A Midsummer Night’s Dream alongside a brand new Much Ado About Nothing with a 50s seaside setting. After returning to the Carrs Park in Wilmslow for their initial run, before a mini tour of exciting and unusual locations including the

With an ensemble cast of young local talent, both plays promise to be fun, funny, and full of energy. Featuring striking miners, feuding fairies, lovestruck yuppies and some iconic 80s tunes, Time and Again's A Midsummer Night’s Dream sets the Bard’s hilarious comedy of magic, mayhem and mistaken identities against the brash and bleak backdrop of

Thatcher’s Britain. Much Ado About Nothing, meanwhile, will be transporting audiences to the 1950s heyday of the Great British seaside and the Messina Holiday Camp, where misunderstandings and mischief wreak havoc among the holidaymakers, and saucy sailor Benedick just can’t stop bickering with bombshell Beatrice. Both shows incorporate

LGBTQ+ characters and relationships, something which is very important to the company as queerness is still very underrepresented on the British stage, especially with revivals of historic plays.

Much Ado About Nothing will run at Victoria Baths, Manchester on 7th July, and A Midsummer Night’s Dream at the International Anthony Burgess Foundation, Manchester on 8th July.

Tickets are available from HERE