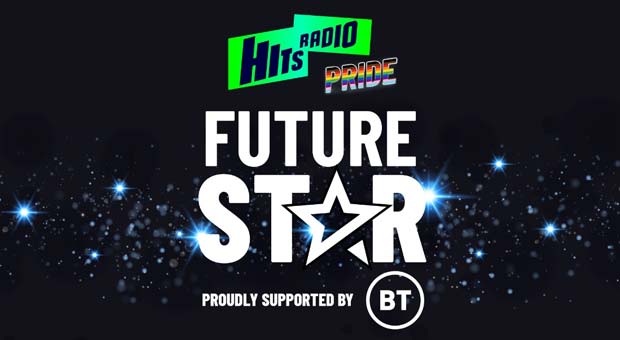 The winner, determined entirely by public vote, will not only be crowned Future Star 2021 by presenter Jordan Lee, but will also land their own radio show with Hits Radio Pride.

"This is so exciting. I mean, to have even made it this far out of all the entries is such a big deal. Especially so early into my radio career." Jsky

During the lockdown last year, Jsky transformed his bedroom into a recording studio and released a 5 track EP titled À La Mode. He also landed his own radio show on popular LGBT station Gaydio, and continues to commentate on BBC Radio Manchester as their showbiz correspondent.

A former fashion editor known to many as a fashionista and fashion icon, Jsky has interviewed everyone from Meghan Markle to Mark Ronson, met musical heroes such as Grace Jones and Craig David, and has been led by leading radio talents such as Sara Cox and Trevor Nelson.

"Becoming Hits Radio Pride's Future Star is a once in a lifetime opportunity. I literally have a 1 in 8 chance of making my dream come true." Jsky

Hits Radio Pride launched in summer 2020, designed to be a one-stop destination for the LGBTQ+ community and a place where advocates and allies can feel connected, safe and empowered to be themselves to the sounds of Pride's biggest hits.

To vote for Jsky and show your support for the Bury starlet:

Voting closes on 15th November with the winner to be announced on 22nd November.