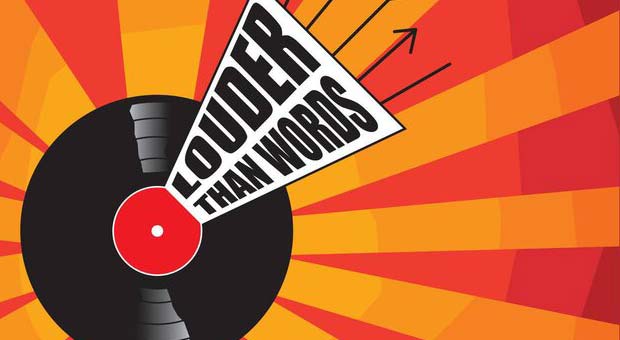 The Louder Than Words Festival of music and writing grows louder each year.  Now in its ninth edition, this remains the only festival that truly interrogates that enduring love affair between music and the written word.

After last year’s virtual festival... and now we’re coming through what writer Caitlin Moran referred to as “the Great Unpleasantness”... we are delighted to announce we will be back ‘IRL’ in Manchester, perennial home to the festival.  However, there are two key changes.  Firstly, some of what was learnt about operating online has been carried forward, to give our visitors the choice to either attend in person, or join in on-line.  Secondly, we have moved home.  Suitably, the festival will now happen at the Innside Hotel on Tony Wilson Place, and in the shadow of what was Manchester’s Haçienda nightclub.

Attendees come from as far as San Francisco and Moscow to engage in a weekend that includes panels, Q&As hosted by Louder's John Robb (amongst others) and some very special performances from all four corners of the musical world: from rave to metal; ska to punk.

As well as looking back with most significant music personalities of past decades, Louder Than Words also celebrates future voices, with a continuing focus on the role of education in music and journalism, whether that be the Slam Poetry workshop team; involving students as volunteers and panellists; arranging workshops on everything from writing and getting published, making music, DJing and music law. The Wilko Johnson Writing Award will make an extremely welcome return, celebrating young music writers under 25 and there is much to be enjoyed on the Festival fringe.

READ MORE for details and tickets.