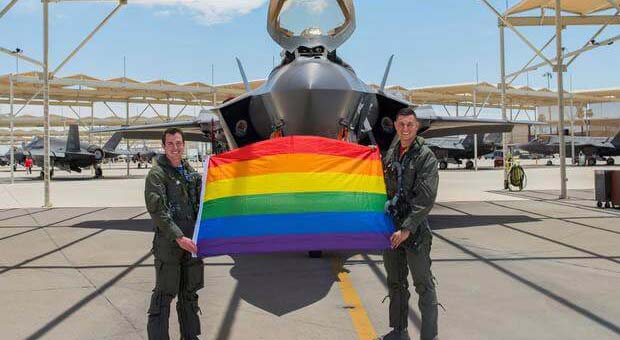 Prior to the ban being lifted in 2000, members of the LGBTQ+ community were banned from serving in the UK Armed Forces. Military personnel were prosecuted, administratively dismissed or forced to resign. They were often subjected to interrogations, forced intimate examinations, and had medals ripped from their uniforms. Many were given letters preventing them from wearing uniform or celebrating either their service or the sacrifice of their colleagues and friends at remembrance ceremonies. This is a matter of national disgrace.

Prior to 1996, male soldiers, sailors and airmen were prosecuted by court martial, normally serving six months in military prison before being dishonourable discharged. Between 1996 and 2000, personnel were administratively discharged from the forces. Female personnel, for fear of loopholes within the flawed legislation, were forced to resign. Others left, unable to live a double life, in fear of being caught by military police, who often ran sting operations in gay bars, venues and encouraged others to report their suspicions; being found to have a Julian Clary VHS cassette or having a friend who was gay was enough to result in being detained and interrogated.

The ban was ruled as illegal by a judgement in 1999 by the European Court of Human Rights.

Nonetheless, the consequences of this ban are felt by LGBTQ+ veterans today, with veterans suffering legacy criminal convictions, difficulty in obtaining employment due to their dismissal, and mental ill-health.

The government also recently announced an extension to ‘Turing’s Law’ to include a wider number of convictions including those under military law. These convictions unfairly discriminated against people convicted for who they loved and continue to impact applications to jobs, particularly those requiring enhanced disclosure or security vetting.

We are disappointed that these convictions are not being automatically disregarded. We await details of the process to allow individuals to apply and urge these details to be released as a matter of urgency and we hope that the Home Office will learn lessons from their handling of Windrush to ensure a compassionate and supportive process.

Those employed shortly after the ban was lifted joined an organisation that remained institutionally homophobic, biphobic and transphobic. We are proud of the work that has been undertaken, supported by Stonewall, to address this culture over the last 2 decades, and believe it is vital for operational effectiveness that our forces represent the society they serve, welcoming people of all sexual orientations, gender identities and expressions.

We welcome the acknowledgement of the harm caused by past policies and we hope through the independent enquiry, there will be greater support and reparations for LGBTQ+ veterans who suffered mistreatment as a result of past policies including those who suffered after the formal ban was lifted.

At LGBT Foundation, we are proud to be supporting LGBTQ+ people who have or continue to serve their country throughout our work including Operational Equality.

Operation Equality is a project to tackle issues of loneliness and isolation faced by LGBTQ+ veterans, military personnel and their families. The project is set to use trained volunteers to provide a national befriending service with the first volunteers due to receive their training in the new year with the service being launched in spring 2022.

As the UK’s largest provider of services to the LGBTQ+ community, we are aware of the ongoing inequalities faced by our community and we are aware that many LGBTQ+ veterans are reluctant to access support from traditional veterans’ charities, continuing to suffer as a result. We would welcome the opportunity to provide evidence to the enquiry.