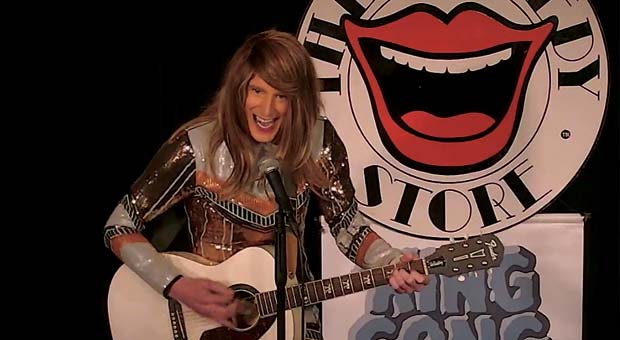 Look at this impressive lineup at the famous, award winning Frog and Bucket comedy club.

Katie has made her way to becoming one of the most recognised female MC’s on the circuit.  Her cheeky, conversational style is always a hit with the audience. She also has vast experience MC'ing drag and LGBT nights in Liverpool. ‘’If she carries on at this rate – she’ll be huge by Christmas.’’  Blackpool Comedy Club.  Details here

Eddie is a comedy tornado who will fit into any comedy gig.  A huge LGBT act, Eddie rants about life as a waiter and his performances are leading him to perform for some of the UK’s most respected comedy promoters.

‘’Stunning set – you were the audiences’ favourite.’’ HaHa Comedy Club.

Jenny is a gender fluid act who performs great gags and her own comedy songs to comedy clubs and LGBT events. Her unique style has earned her places in the finals of various, prestigious competitions including the London Pride Awards, The Cabaret Awards and The Musical Comedy Awards, amongst others.  Her profile is here

Jonathan is a seasoned comedy performer who is a respected MC and headliner – he can perform stand up, drag and burlesque.  Jonathan is also a regular warm-up act on Channel 4’s Countdown.  ‘’Marvellously Wicked.’’  Sarah Millican.  His details and video can be seen here