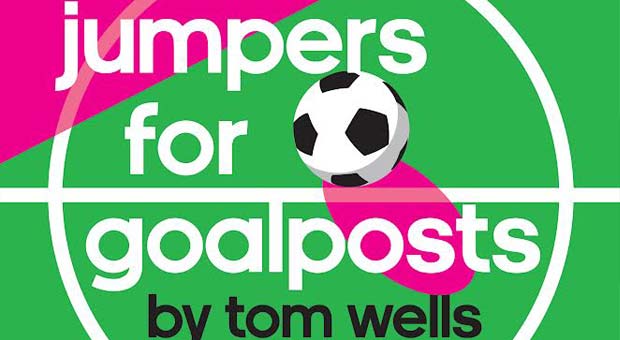 “Barely Athletic” are part of a four-team five-a-side LGBTQ+ football league which Viv, their bullish head coach, is desperate to win. Or if they can’t win, at least they should try not to lose. Chucked out of the “Lesbian Rovers” for being too bossy, she desperately tries to instil some competitive spirit into the boys. Problem is, Beardy Geoff is copping off with the opposition, Danny is nursing a painful secret, Luke only joined because he fancies Danny and Viv’s brother-in-law Joe is trying to cope with his grief after losing his wife. Together, they might just be able to claw back up from the bottom of the league…

Tom Wells’ drama bears the hallmarks of his warm comedic style, which were displayed in his previous hit play “The Kitchen Sink”, and is a paean to the virtues of friendship and love.

Jumpers for Goalposts premiered at Watford Palace Theatre in 2013, before touring the UK, including a run at the Bush Theatre, London.

Altrincham Garrick Playhouse are proudly supporting George House Trust with this production of Jumpers for Goalposts.

“This play, first seen in 2013, is a feel good evening at the Theatre! Moving, funny, energetic and inherently Northern, Jumpers for Goalposts will have you laughing and smiling away as “Barely Athletic” attempt to climb the Hull LGBTQ+ Football League and take home some form of trophy!

This really is a positive and uplifting play which is all about navigating through trying times and finding your way!

We’ve assemble a fabulous cast of five who are bringing so much life to these wonderful characters. I really urge you to come along and experience this play! We’re having a ball in rehearsals and we can’t wait to share this piece with an audience.”

All tickets are now just £10 until 4th May