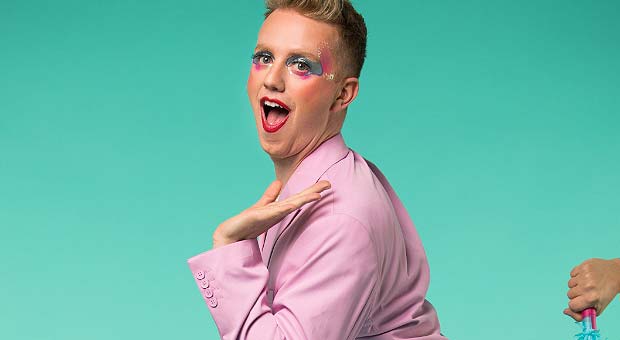 James Barr is British Radio DJ, TV presenter, podcaster and comedian, best known for his award winning podcast, A Gay and a Non-Gay with Dan Hudson. Barr is an openly gay man and advocate for the LGBT+ community and mental health, as well as a number of other issues

People keep telling James he’s “too gay”. ‘Straight Jokes’ is his fabulous reply. An out-of-control hour of jokes from the utterly hilarious, nearly national treasure. James exposes his former employers and navigates the utterly exhausting admin of pretending to be woke for “fame”.

As seen on Hits Radio UK Breakfast, A Gay and A NonGay Podcast & MTV UK.

Details and tickets are HERE