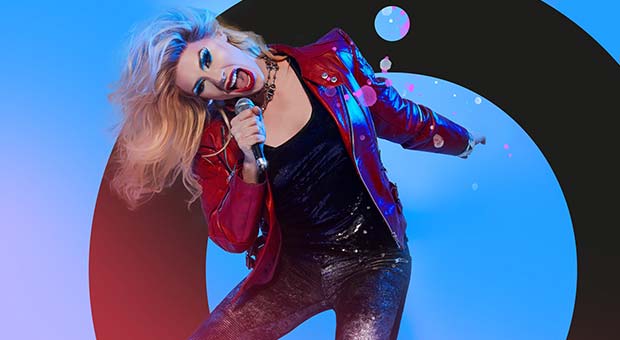 Hedwig and the Angry Inch

We are delighted to welcome a euphoric night on the rock ‘n’ roll rollercoaster with singer Hedwig – a hedonistic genderqueer anti-heroine seemingly hellbent on destruction.

This darkly humorous self-love story, powered by a live band, epic rock-inspired music and hard-hitting lyrics, explores gender identity, acceptance and the freedom to be whoever you want to be.

The musical opened Off-Broadway in 1998, and won the Obie Award and Outer Critics Circle Award for Best Off-Broadway Musical. The production ran for two years, and was remounted with various casts by the original creative team in other US cities. In 2000, the musical had a West End production, and it has been produced throughout the world in hundreds of stage productions.

This new production is directed by Jamie Fletcher and will star the divine drag queen and sensational songstress Divina De Campo, this multi-Tony award-winning musical breaks all the rules whilst challenging us all to create a world where everyone is valued and everyone is loved.