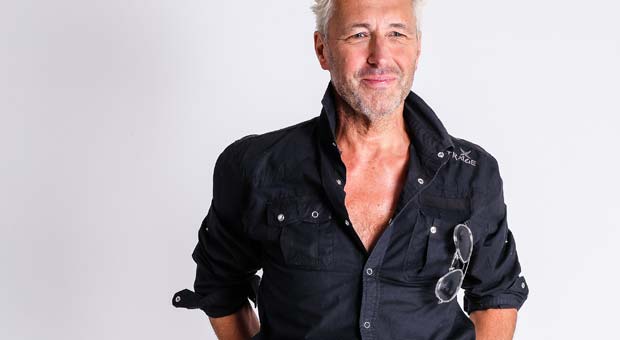 Greater Manchester Fringe is set to return this autumn - with some shows keeping it in their families, social bubbles, households or online.

Greater Manchester Fringe is set to return this autumn - with some shows keeping it in their families, social bubbles, households or online.

Bloomin' Heck Productions is a mother and daughter collaboration staging their first performance piece Conversation with Marilyn, October 13-14, at the King's Arms in Salford.

Kim Haley from Bolton, grew up on Hollywood films and was obsessed by Marilyn Monroe, but was unaware of her own mother's unacknowledged borderline personality disorder.

Researching Marilyn's life was an enlightening experience as she slowly became aware of behavioural similarities between the actress and her mother.

Kim, who was nominated for a BAFTA for sound editing on the BBC's Fortunes of War, said: "It sort of got a bit obsessional because once I started reading about her I realised that she really was an enigma because each book just contradicted the next book and  six books later I thought 'I still can't really work this woman out'.

"But what I did work out was that I had been living all my life with a mother who had a similar problem which was borderline personality disorder and that started to really consume me. Before I married I was a film editor and I always felt as though I should I should have done something more creative.

"I thought I'm going to start writing about it because I've got to get to the bottom of what it was like and because i could kind of see my mother in her. It was fascinating. I started to develop some ideas and I showed it to Natalie and she obviously clicked because she's from the same family. She saw some parallels with behavior and... she sort of... took it over."

Her daughter Nathalie, who was previously training to be a vet, is keen to interpret and express her own version of Marilyn, her fights, her problems and how they relate to us all....including herself.

Nathalie said: "The show is called Conversation with Marilyn and it's about Marilyn Monroe, her life but through that we can discuss mental health issues, feminism, sexuality, how women were treated Hollywood and casting couch culture."

All the male roles in Conversation with Marilyn are played by Nathalie's real-life partner and fitness trainer Matt Rigby.

Greater Manchester Fringe was due to take place in July but was postponed due to coronavirus.

"All our venues have been working hard on being covid safe. We hope to see lots of you at the fringe, from a safe social distance of course!"

Photograph above by Craige Barker.

The full programme and tix are available via the link below