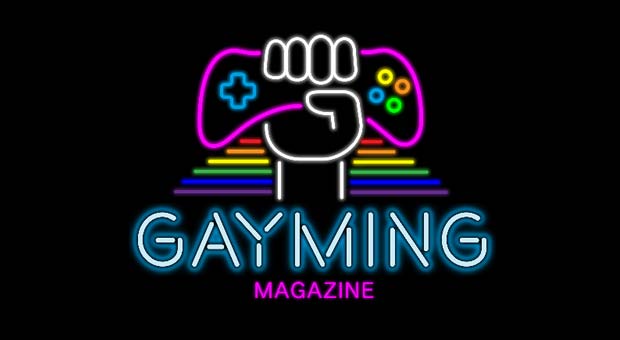 Gayming Magazine to Help The LGBTQ+ Community Level Up!

Gayming Magazine www.gaymingmag.com   now online and promises to be the Gayming Magazine to Help The LGBTQ+ Community Level Up! , providing news, reviews, features and all things gaming with a queer twist.

LGBTQ+ positivity is still a challenge in the video game world. The industry is very hetero-dominated, and most games adopt an “assumed straight” starting point for their characters, although there has been a notable improvement with some titles in recent years. Issues around homophobia in the mainstream video game player community have also been widely reported. Despite this, LGBTQ+ people enjoy video games and have built whole communities around being a “gaymer”.

Launching in Pride Month 2019, Gayming Magazine is positioned to be the conduit between the community and the industry, helping break down some of these barriers and celebrating the power of gaymer pride!

Additionally, the Magazine’s focus will also be on bringing people together. Whether that is helping people connect with their local gaymer group, or by bringing the industry closer to the community through interviews and features on LGBTQ+ companies, developers or other notables.

With a diverse roster of writers and contributors from across the LGBTQ+ spectrum, Gayming Magazine promises to be an exciting companion website to the video game world.

Robin Gray, Founder of Gayming Magazine, said: “For too long, the LGBTQ+ community has sat on the fringe of the video games community, carving out their own niche. We want to celebrate that niche while also working with the community and with the industry to bring the two halves closer together, ensuring LGBTQ+ people feel welcome, included and represented within the gaming world they adore so much.”

Gayming Magazine is celebrating its launch with a mega prize draw with over 20 prizes totalling $1000! Head over to gaymingmag.com to enter before Saturday, June 15th.