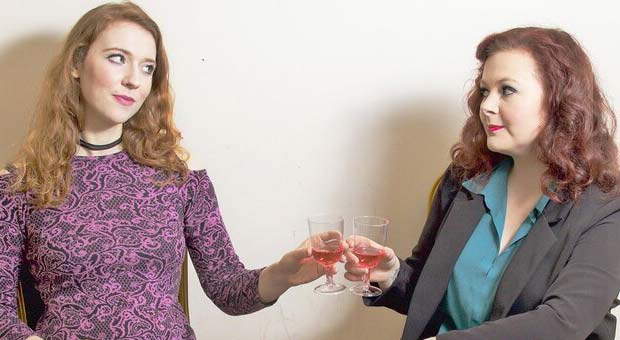 Fruit Salad: A story of friendship

Despite the tumultuous chaos of 2020 so far, Selina Helliwell’s new play will be hitting the stage in November to bring a splash of, much needed, fruitiness to the year.

Selina Helliwell’s ‘Burnout’ had two sellout runs in Manchester, as a short, fringe-style piece and as a full-length, two act play. It received outstanding audience feedback both times and won a ‘Highly Commended’ Northern Soul Award in the ‘Theatre Production of the Year’ category. It was also shortlisted in the ‘Leading Live Event of the Year’ category in the ‘This Is MCR’ Awards.

Fruit Salad follows two girls called Cherry and Peaches who became friends because of their unusual, fruity names; and went on to form a very close bond over the years. The play consists of their meetings at the same pub from their late teens until their mid-late twenties. Over the course of the play, the girls go through the challenges of university, relationship issues and one of them struggles with darker problems, which fractures their friendship- and their paths start to spiral away from each other. But is their bond strong enough to pull them both through even the trickiest situations?

Fruit Salad blends heartbreaking moments with humour to create a love story of sorts about an unlikely but beautiful friendship. A very relatable piece, the play hopes to deliver a powerful message about mental health and self-worth, whilst also entertaining.

The girls will be played by writer Selina Helliwell and her Burnout co-star Mary Taylor. The pair have received glowing feedback in the past for their onstage chemistry, so it’ll be interesting to see how they hold the stage together in this two-hander production. Having gone to the same school and college (The Elton High School and Holy Cross Sixth Form - both in Bury, Greater Manchester), Selina and Mary often performed together throughout their education. But after playing alongside each other in The Crucible in GCSE Drama they then didn’t share a stage for ten years! But Burnout recaptured the magic they feel when acting together and now they don’t ever want to stop.

Join Cherry and Peaches this November (Friday 13th and Saturday 14th at 7PM) for a night fruitier than any other!

Due to the likelihood of reduced capacity, should the show sell out, it will be repeated at 8PM for half of the audience in order to maintain social distancing. Streaming options are also being looked into in case the year throws any more chaos our way.