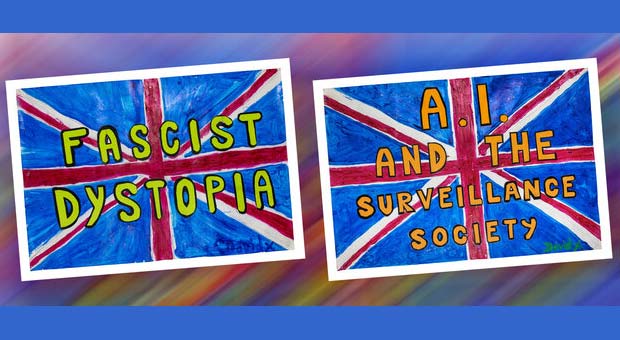 Since the successful exhibition of their original artworks, David Hoyle and Lee Baxter have been working with Friends of Dorothy to curate an exclusive online platform to buy their new art.

Friends Of Dorothy are delighted to announce the launch of their online shop Products | Friends of Dorothy showcasing amazing artworks by local legends David Hoyle and Lee Baxter.

David has just released the first 2 of his Flags Of Truth which are available in limited editions of 100 prints each. This will be a series of 6 original artworks which will be released between December and February, available exclusively via the web shop.  The flags represent David’s unique worldview on the state of our nation and were one of the most popular pieces at the inaugural show attended by over 200 visitors.

Lee’s artwork was inspired by an unloved and neglected park area in Ancoats.  Situated on the wrong side of the canal, this hidden paradise was rough around the edges, but had a tangible sense of mystery and danger.  A place to escape to and let my imagination run wild.  A place to explore themes of folklore, fairytale, spring awakening, disco and cruising.