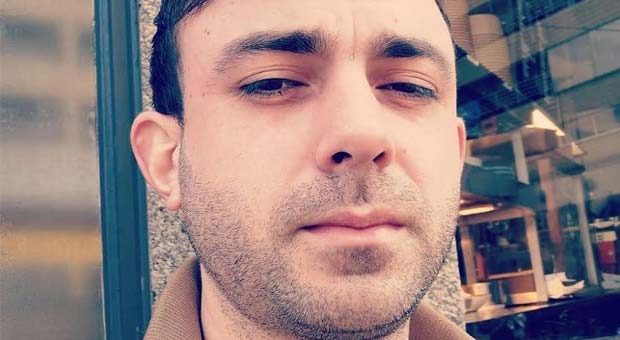 When aspiring new author, Sam Thorpe, set about writing his debut novel, he knew exactly what direction he wanted to take the story.

Twenty-nine-year-old Sam - who lives in Salford and is studying law at Open University - wanted to illustrate the emotional and physical challenges faced by fictional lead character, Finn, as he wrestles with the battles of taking 'ownership' of his sexuality.

The story follows young Finn's journey as he seeks acceptance from family and friends, and weaves together tales of other gay characters who've all been affected by the process of coming out.

As the novel began to take shape, Sam wanted some reassurance that his account of Finn's challenges offered a realistic portrayal, so he took to social media to ask people to share their true-life stories.

“I'd already spoken to some of my friends about their coming out experiences,” he says, “but as I was progressing the story, I just felt I might be relying too much on artistic license.”

In actual fact, Sam's fictional character seemed to have got off fairly lightly in comparison to some of the real-life accounts he received.

“It's hard to believe some of the personal stories that were shared,” he says, “and it gave me even more encouragement to write the book – warts and all, no holds barred.”

“Finn's story may be a work of fiction but the emotions and experiences are likely to resonate with many people who've found themselves having to decide whether or not to share such an all-consuming secret.”

The personal stories touched Sam so much he's even included some in the book.

“I've picked a cross-section to highlight in print, and there are others that I've added to the website at www.finnstory.co.uk.

“I want the book to be more than just a good read, I want it to offer some support and empathy too. It's a tough read in places but an authentic one.”

You can find out whether Finn is strong enough to win his personal battles and whether he gains the love and acceptance that he so desperately seeks from friends and family in: The Gratitude Of Life – available to order or download at Amazon.com (paperback £7.49).

Check out more via HERE