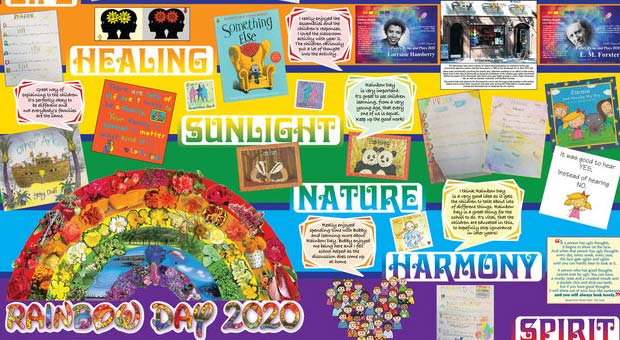 In the UK, we celebrate LGBT+ history every February. This coincides with the 2003 abolition of Section 28. As a child of the 80’s, I remember the impact of section 28 well. Being in a secondary school in the early 90’s where school staff were not able to “intentionally promote homosexuality or publish material with the intention of promoting homosexuality” or “promote the teaching in any maintained school of the acceptability of homosexuality as a pretended family relationship” meant that I couldn’t discuss or learn about my sexuality, LGBT+ families and role models. Even typing those words now makes me shake my head in disbelief. This punitive law prevented councils from funding vital LGBT+ initiatives and as depicted recently in the “It’s a Sin” Drama, it was at a time when LGBT+ people were struggling to cope with the Aids epidemic. As many have written before, section 28 was a callous attempt to suppress an already marginalised group.

33 years on, I’m one of the lucky ones. I’m confident in who I am, not everyone was as lucky, with some having to battle substance abuse, anxiety, depression and poor mental health, not mentioning the rise in LGBT+ suicide at the time. I know the fight isn’t completely won, especially when I still see causal and intended homophobia, from name calling on the street or the ongoing systemic omission of people like me in policy, public services and social conscience.

In the 00’s I became a teacher just as the controversial and reviled law was repealed in 2003. As someone who now works a variety of schools nationally in supporting young people, it is so refreshing to see that the tables have turned. I am grateful every time I step in a school now and see the production of annual events that aim to promote equality and diversity by increasing the visibility of LGBT+ people, by educating on their history, lives and their experiences - as well as by highlighting the issues that the community faces. It always makes me reflect on how far as a society we have come, allowing children to learn acceptance of themselves and others in equal measure.

I am currently working in partnership with a Primary School in Manchester that runs an annual event “Rainbow Days”, a day that focuses on phrases such as “we’re all special”, “We are all different… It’s okay to be different” and simply “equality”. Reading literature, writing poems, learning songs and learning about LGBT+ role models is all part of the day. As Ian Mckellan wrote, “Try and understand what part you have to play in the word in which you live. There’s more to life than you know and it’s all happening out there. Discover what part you can play and then go and get it”. Days like “Rainbow Days” are helping young children do that.

As Nelson Mandela once wrote, “Education is the most powerful weapon which you can use to change the world”. I am a great believer that reading material in any school library should reflect everyone’s reality. Writing this article has been my personal call to action and this LGBT+ month I would like to purchase a selection of great books which can be used as part of the school UK curriculum, and which should not be missing from any school or college library and share them amongst the school partnerships I work with. Therefore, if you have been inspired by the short read and you can afford to give a small donation please consider donating here.

If you would like to learn more about the crowdfunding, visit via the link below.