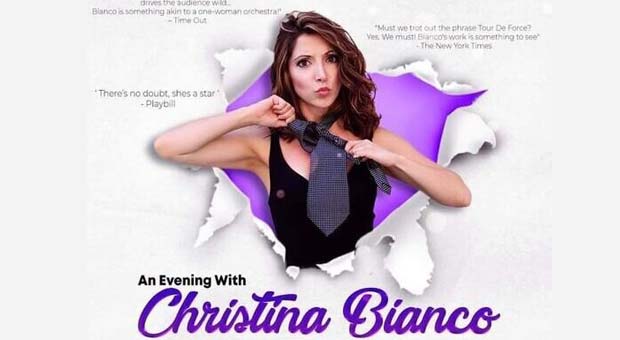 Bianco captured international acclaim as a YouTube sensation with her impression videos, gaining over 25 million views and has appeared on major television programs such as The Ellen Degeneres Show, The Paul O’Grady Show and This Morning.

A two-time Drama Desk Award nominee, Bianco made her West End debut in Forbidden Broadway. Most recently, Christina played the iconic role of Fanny Brice at the Theatre Marigny’s celebrated production of Funny Girl in Paris. In 2022, she will play the title role in the new UK tour of The Rise And Fall Of Little Voice.

Christina has performed her critically acclaimed concerts across the U.S., the UK, South Africa and Australia. She frequently performs with US and Canadian symphony orchestras. Her live album, Life Of The Party, is available on iTunes and other major music platforms.