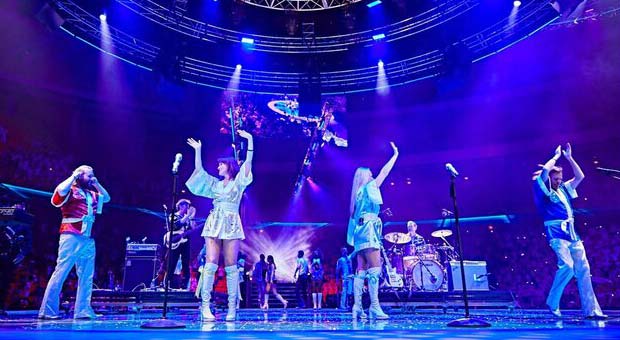 The Internationally acclaimed BJÖRN AGAIN show has announced their return to the UK this November and December with a 14-date nationwide tour.

Created and founded in 1988 in Melbourne, by Australian Director and Musician Rod Stephen, BJÖRN AGAIN was designed as a rocked-up light-hearted satirical ABBA spoof. The show rapidly achieved world- wide Cult status and acknowledged for singlehandedly initiating the ABBA revival which brought about

ABBA Gold, Muriel’s Wedding and MAMMA MIA! The enduring appeal of ABBA is reflected in the ongoing success of the BJÖRN AGAIN show having amassed 5,400 performances in 72 countries in 33 years.

Hailed as the most popular and successful show of its type, BJÖRN AGAIN’s career highlights over the years are many. From performing at Buckingham Palace for Her Majesty Queen Elizabeth and The Duke of Edinburgh to touring with Cher, Shania Twain and playing at Wembley Arena, London’s prestigious Royal

Speaking on the tour, Rod Stephen said: “We are really looking forward to touring again this year. Come and join us for loads of great songs combined with tons of fun and antics.”

Performing all of the greatest hits, this promises to be one of the biggest parties of 2021!