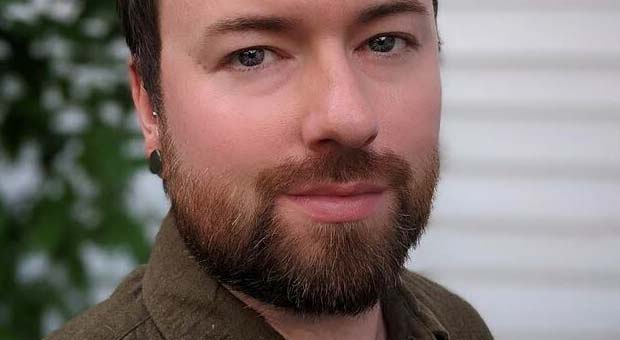 Between Tongues by Paul McQuade

Where does one language end and another begin? What happens to those people who find themselves not simply between languages but in states of transformation and translation? How do we speak, act, and live in these spaces where everything seems at once both promised and impossible?

Paul McQuade’s debut short story collection moves into this space between tongues – a play on the Scottish Gaelic word for translation, eadar-theangachadh. These stories span modern myth and the surreal, Europe, Asia, and North America, and take language and technology to their limit to map those strange places where people without voices find themselves.

Paul McQuade is an award-winning writer and translator from Glasgow. His work was shortlisted for the 2015 White Review Prize, the 2015 Bridport Prize, and has been included in Best of British Fantasy 2018 (NewCon Publishing) and Best British Short Stories 2019 (Salt). He was the recipient of the 2014 Sceptre Prize for New Writing, the 2015 Masters Review Short Story Award, and the 2017 Austrian Cultural Forum Writing Prize. He is the co-author (with Kirsty Logan) of Hometown Tales: Glasgow,  part of Weidenfeld & Nicolson’s series championing writing from and about diverse regions across the UK. He speaks multiple languages and lives between them all.

Between Tongues is his debut short story collection, but with Kirsty Logan he previously published Hometown Tales: Glasgow, a piece of non-fiction combining memoir and a social history of the city of Glasgow.

Paul has been based in Ithaca, New York, for the past eight years and lives with his husband and their rescue dog.

(A Manchester based indie publisher)