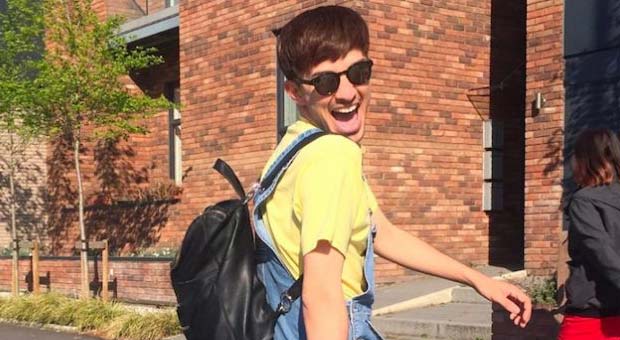 #BeMoreMartyn returns to The Lowry

Manchester based Hope Theatre Company are bringing #BeMoreMartyn: The Boy with the Deirdre Tattoo, the play about Martyn Hett to The Lowry next week. Martyn, and 21 others, lost their lives in the 2017 Manchester Arena bombing,

The play, which is currently on tour, takes its dialogue from interviews with eight of Martyn’s closest friends. Created by Adam Zane and Mike Lee of Hope Theatre Company the script takes audiences on a journey through Martyn’s friendships and celebrating some of his most popular online videos.

The production is set in Martyn’s flat above the Hat Museum in Stockport, Greater Manchester and audiences are invited to one of Martyn’s famed Eurovision parties, a night out on Canal St and a legendary trip to Blackpool.

“Martyn’s family have been overwhelmingly supportive of the project from the very beginning, they put us in touch with the eight incredible friends that audiences get to know throughout the production. After hours of interviews with them, laughing and crying, we are in awe of how Martyn transformed people.

“We’ve tried to create a play that is funny, uplifting and veers away from what actually happened that night. We want to celebrate Martyn’s zest for life and his huge personality. He had a unique talent for friendship and that’s something audiences take away with them” he concluded.

Michael Keating, one Martyn’s friends portrayed in the play, said: “This play beautifully encapsulated the legacy we’re left with and the message we want people to remember”

Figen Murray, Martyn’s mother commented on the play “As Martyn’s mum I am delighted to see that #BeMoreMartyn is back on tour. This is a show about friendship and loyalty, living life to the max and about what is really important in life, namely the people we love and value.”

#BeMoreMartyn: The Boy with the Deirdre Tattoo takes its name from the hashtag that trended on Twitter in the hours after the announcement of Martyn’s death and celebrates the lifelike Deirdre Barlow tattoo that Martyn has on his leg.

The production plays at The Lowry, Salford from Thursday 20 June to Saturday 22 June.

REMEMBER THAT YOU CAN ENJOY 10% OFF AT PIER 8 AND THE BARS EVERY TIME YOU VISIT THE LOWRY FOR THIS AND ALL OTHER PERFORMANCES.