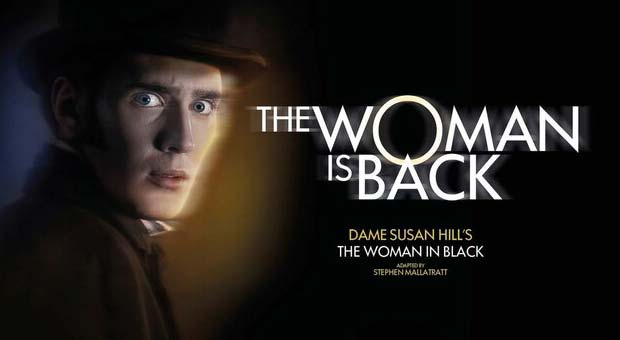 The Woman in Black is now undoubtedly one of the classics of the West End. The show gained huge name recognition when it was adapted into a jump scare filled horror film, which whilst enjoyable, is inferior to the stage adaption of the 1983 novel by Susan Hill.

The play only consists of two actors, in this case Robert Goodale as lawyer Arthur Kipps and Antony Eden as the actor hired to help Kipps tell his horrifying story as a young lawyer who travels to Crythin Gifford after the death of wealthy widow, Mrs Drablow to sort through her papers and estate.

This play is the ultimate showcase of atmosphere and certainly in my case allowing your imagination to run wild. It is no secret that the Woman in Black will lurk among the audience and at any second you expect a scream or for her to appear somewhere unexpected.

The Woman stalks the narrative. Whilst her appearances are sparse, it is evident the characters portrayed by our 'actor' the fear she generates. It is all in the unsaid and the hushed voices whenever the shadowy figure which haunts Eel Marsh House is mentioned.

This isn't a huge blockbuster production and that really benefits the show. The use of sound and the clever use of the set helps to build the story. I was also surprised by the amount of comedy in the show. There were times I was unsure whether to laugh or be expecting another jump scare.

The cast are exceptional and if you can see the Woman in Black before its tour ends I'd recommend it.