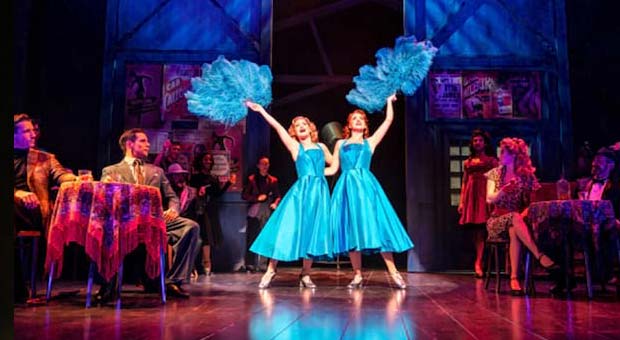 Sweet and romantic is the way I would describe White Christmas as the perfect feel-good musical to put you firmly in the Christmas spirit.

The 1954 movie classic is brought to life on stage in this new production at the Palace Theatre Manchester, bought directly from the West End. Telling the heartwarming tale of Army veterans, Bob Wallace, played by Matthew jeans, and Phil Davis played by Dan Burton, as they had on a special show for Christmas in Vermont.

Fuelled by love, the all-singing and all-dancing duo follow the talented Haynes Sisters, Betty and Judy (Jessica Daley & Emily Langham), but their musical mission takes on a new direction when they discover the lodge is owned by Bob and Phil’s old Army General (Duncan Smith) and desperately needs their help.

While Phil and Judy form an attachment immediately, Bob and Betty are attracted to each other but don’t hit it off - meaning the pair deliver a “will they, won’t they” tension that simmers throughout the show.

One of the actual stars is Martha, the humorous concierge played by Sally Ann Triplett, who shocks everyone when we find she can sing. Martha belts out numbers with a Liza Minnelli vibe as she dons a top hat and cane.

The stage becomes a spectacular festive with thanks to stunning costumes during Blue Skies, and the set continues to glisten and glitter with dreamy dresses and snow flurries.

The entire production is a festive feast for the eyes thanks to both playful and slick choreography, a creative, colourful wardrobe and a sophisticated set.