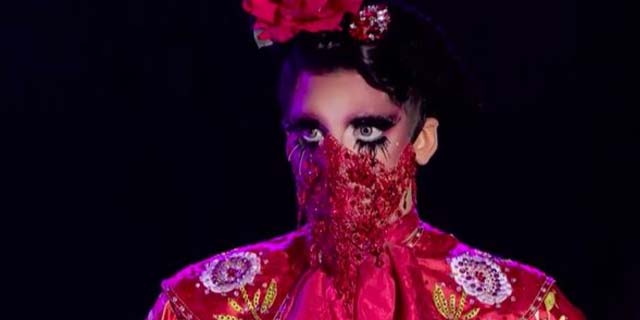 Holy Trannity have returned with a bang to their new home of Cruz 101. After the sad closure of AXM Manchester it is great to see the best hosts of Rupaul’s Drag Queens back and bigger than an ever with an even bigger stage to perform.

Fans of the show were treated to fan favourite, Valentina, on Saturday night of which it is her first tour of a European country. Make no mistake Valentina is one of the most beautiful queens to ever appear on the show and is as flawless live as she was on the show. Regardless of what may have happened on the show for those of us that were there on Saturday there can be absolutely no doubt that this girl can lip sync and she is fierce.

In terms of the show itself fans were treated to another fantastic performance by Divina De Campo. Everyone knows who Divina is and everyone knows what to expect from such a brilliant entertainer. Divina did her own rendition of Let it Go and really got the audience going when she got 4 contestants up on stage to lip sync for Adore Delano tickets who is back in September for her birthday tour.

Valentina did 3 sets and threw signed packets of M&Ms to the crowd, which everyone was of course vying for. It was announced that Valentina will be back for Drag Tech which is music to the ears of her fans which as everyone knows there are literally thousands! It was also announced that Jasmine Masters is on her way to Manchester so fans also have that to look forward to.

To sum it up Paul has led another huge success by grabbing the beautiful Valentina on behalf of Holy Trannity and giving us the fans, exactly what we want.

To find out more about whats planned in the future.