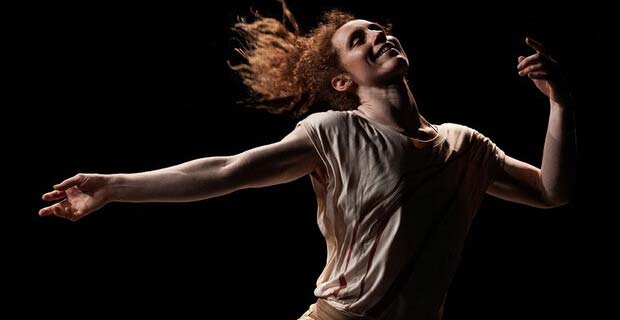 Unbroken at The Lowry

Nikki Rummer returned to and reopened the Lowry Studio on Friday the 10th September with the premiere of Unbroken, her new solo performance of story telling and acrobatic dance, in which a previously untold dark family secret is finally exposed. The piece is just under the hour, and given the exertions that seemed about right.

The setting is a final family gathering at Christmas, as father is dying, and Unbroken draws parallels between the final meal together as a family and the last supper, where Judas’s betrayal of Jesus is predicted. It’s father who lifts the lid on what happened many years ago, and what he reveals comes as a huge shock given the seeming closeness of the other family members.

As well as the above two firsts, this was also the first time this reviewer had been in a theatre for a very long time, and it was a great way to break the long pause.

There is a second performance on Saturday the 11th September and then there is a tour, and the production is supported by The Lowry, Salford; Watermans Arts Centre, London; Warwick Arts Centre, Coventry; The Place, London; London International Mime Festival, London; Arts Council England.