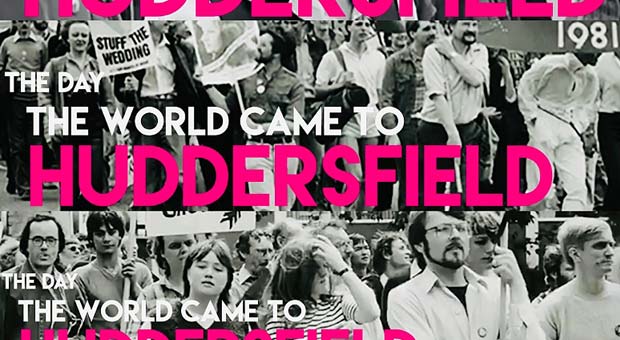 The Day the World came to Huddersfield

The Day the world came to Huddersfield is a piece that must be seen by as many of our community who are under the age of 50 as possible.

For me, the concept of 10 individual monologues seemed a bit mundane at first glance, but I was very wrong.

Those, ourselves included, of an older generation lived through the horror of the day to day persecution by Police forces around the country, especially in Huddersfield the home of the first Pride event outside London.

We hear harrowing stories from the strong ensemble cast centred around the now legendary GEMINI CLUB, of how the local force fabricated examples of 'inappropriate activity'in order to retract the clubs licence.

All this took place in 1981 and the production shares the experiences of 3 real life characters John Addy (club operator), Avril Barton (Club Manageress) and Mark Ashton (activist) all strongly played with a sense of high drama, pathos and plenty of comedy.

Indeed, I can't remember when the such an equally strong cast, 10 in all, performed to such a high standard maintaining top levels of energy throughout the 90 minutes continuous performance.

We are told, that the play grew from a number of individual monologues that have expertly merged together by principal Writer/producer Stephen M Hornby, together with Abi Hynes, Peter Scott-Presland and Hayden Sugden, all deftly brought together by the experienced and guiding hand of Director Helen Parry.

Most of the story surrounds the central issue of blatent Police homophobia and the unsubtle attempts at the time to close the Gemini and the harrassment of its clientele.

Many facets of community are highlighted. The Lesbian couple ( including a police woman), the older shy gay man with epilepsy, a History teacher from the South travelling North to self express without detection, the young gay man fearing for the safety of his close friend who he fears has disappeared? A Muslim whose sexuality battles with the love of his family and their likely reaction and finally, the super tall and deep voiced Trans/Drag Queen character who entraps his male and cheating partner through the lines in a contact publication.

All in all, this was an evening of enlightenment and a reminder that many of the freedoms now enjoyed by what we will call 'the youth', have been galantly earned by those gone before and although not in any way perfect, modern LGBTQ life is infinitely safer especially in the hands of the Police and similar institutions, largely due to their stand for Gay rights and equality.

Bravo to everyone involved in this production and we fully expect it's theatre life to move forward to bigger and better exposure.