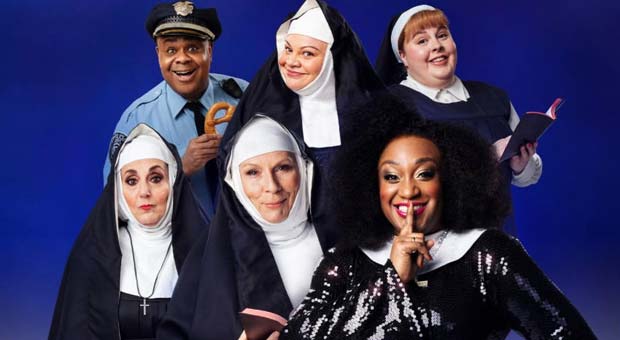 Upon seeing Sister Act at the Palace I can confidently say that I am a convert and take me to heaven right now!

The production boasts an impressive cast and every single one of them shines in this absolutely joyous performance. The story of the girlfriend of a gangster being sent into hiding at a Convent is well known and it's a testament to the production after so much time that it still feels totally fresh.

The arrival of Deloris at the convent gives absolute life to the nunnery and it's heartwarming to see these rather pitchy nuns become vocal sensations. I've not laughed and felt so happy at the theatre in a very long time.

Unlike other theatre shows where religion is a main focus I don't get a sense of mockery or derision. This is a show that is done respectively and still remains modern. An audience can derive just as much entertainment out of this which never once lurches towards the profane.

I think one of the main songs of the performance really sums this play up and that's 'Fabulous, Baby'. I couldn't recommend this more if you want something feel good and to take you to heaven!

Details and tickets, if you get one, are via HERE