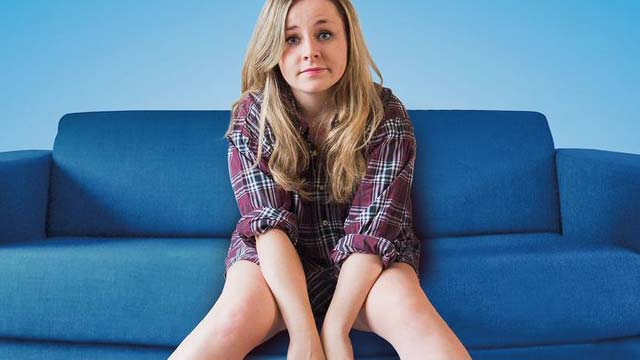 Sasha Ellen at The Kings Arms

At the tender age of three, Sasha Ellen accidentally killed a kitten... And she hasn't stopped murdering since.

A brutally honest stand-up show about mishaps, misunderstandings, and general screw-ups. Sasha has had two sell-out Edinburgh shows, one of which transferred to the Soho Playhouse in New York. For the first gig of the Greater Manchester Fringe we headed to the Vault within the belly of the Kings Arms in Salford for a stand-up show, Accidents Happen to Sasha Ellen.

An intimate show, talking of death and a slightly psychotic sounding – although lovely, we’re sure – Russian grandmother, was made somewhat more ominous by the cellar setting of the pub. Ellen tells a loose tale of family ties, held by the similarities between hers and her mother’s teen pregnancies, and it’s honest, hilarious, and horrifying, in the form of some animatronic, nightmare-inducing bears. Ellen was endearingly self-deprecating, and held our attention nicely, but I still wouldn’t trust her to dog-sit for the weekend. Whilst a little predictable in places, her charming and cheerful tales carried the show throughout regardless.

The stories of her weird and wonderful university tutor resonated but simultaneously reminded us that ours are definitely not as interesting as hers. Definitely a hit for us ‘millennials’ who have the “Five Year Plan” crisis on a weekly basis. Ellen stuck around for a beer with us afterwards, and was equally charming and hilarious.

The comedy future looks good for Ellen; we hope she managed to navigate the Met system out of Manchester successfully, wasn’t too traumatised by our tales of the North, and comes back soon for more shows.