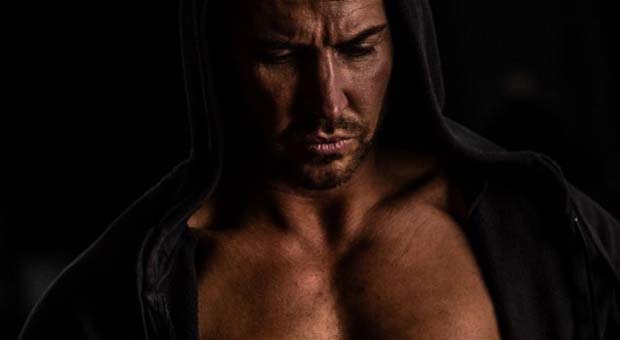 Roll the dice at Kings Arms

Make sure you have your dollars at the ready.

These few words set the scene for what is to follow as Danny Clifford shares with us his true story journey from his passion for body building to becoming a fireman through to homelessness and a life's rescue by becoming a stripper in Australia.

The piece progresses as a two hander, with his 'partner' Greek God Zeus (a back screen projection) following an epiphany one night when awakened from sleep, leading to major life changes after an ugly scene in a nightclub.

Danny's support of a colleague during the brawl is the pivitol point at which he must relocate, initially to Ireland and then onto Oz.

I actually found Zues quite irritating at first, but quickly realised that he was integral to the story being presented and I found he grew on me.

Whilst on this roller coaster, we learn about the desperation of street life, the intolerance of human beings and even how to use an elastic band in order to enhance and maintain manhood whilst performing.. Who knew?

We learn how impulsive acts of support and kindness can ultimately sometimes lead to potential ruin and hopelessness.

Although this deals with some tough subjects, it is not a down at heel performance and is littered with equal portions of pathos and comedy with Clifford evoking emotion when required.He is ultimately positive in outlook and clearly a survivor.

In Roll the Dice, Danny Clifford is engaging as he guides us through his life's twists and turns.

Pleasing on the eye as you might expect from someone who earned money by stripping, we are faced head on with the frailties of skin deep beauty and the darker side it can release.

Subtly directed by Scott Vickers, this is the first outing for the play, with more future performances ensured I feel sure