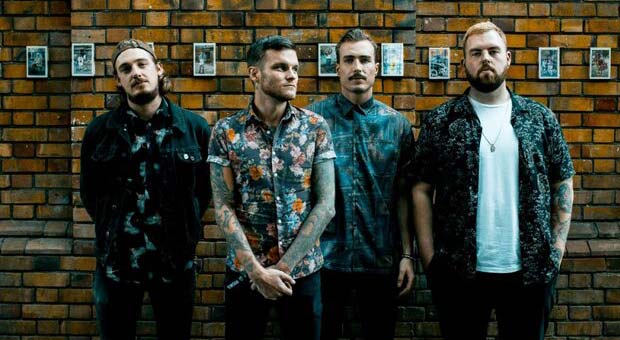 What can be said about this year?

If you were to give it a title, you’d probably opt for ‘the year of the pandemic’: it’s seen the entire world locked down for months with currently no end in sight.

But this year can’t be so easily defined.

2020 has also seen well over 3 million acres of California land burned during the course of around 8,000 fires - surpassing the previous record of just under 2 million acres burned in 2018.

We’ve also experienced one of the hottest and driest years on record, with sea levels slowly but surely rising around us.

Donald Trump has reportedly told more than 20,000 false or misleading claims in his Presidential term; and the UK controversially withdrew from the EU in January, though negotiations on what that actually means are still underway.

So what does all of this mean for the nearly 8 billion inhabitants of this ever-smaller planet?

Well, the number of optimists is surely dwindling at the very least.

Therefore hearing an album such as the nihilistic full-length debut from Aberdeen-based Cold Years, an album with the bitterly ironic title of Paradise, it is definitely easy to relate.

Cold Years vocalist and lyricist Ross Gordon has clearly put his entire being into this album - not just his anger and frustration at the state of the world and his place in it, but also the vulnerability and even subtle hopefulness he feels on a personal level.

"I went through a divorce, different jobs, different flats, different girls… And I tried to cover everything that's happened in the past few years," Gordon says regarding the self-examination he underwent when writing the 13 passionate and unapologetic songs that make up Paradise.

The album’s opener, “31”, named for the age Gordon was when he wrote it, juxtaposes the happiness of his newlywed sister with his own despair and desire to “drink ‘til I die”, while also juxtaposing a soft acoustic intro with heavy, anguish-laden guitars that hit you on the head at the chorus.

From the very first verse, we get a clear sense of the album as a whole: “What are we here for?” Gordon asks in his gravelly croon, before stating emphatically, “Maybe we got lost along the way. Maybe we’re done for. Politicians drinking their champagne.”

The anthemic second track, “Life With a View”, touches thematically on the longing Gordon feels for adventure after being stuck in Aberdeen his whole life; while “The Waits” - a fleshed out version of the downbeat ballad on the band's 2015 EP Mile Marker - pairs a quietly euphoric piano with introspective lyrics about lost love and heartbreak. Paradise closes with “Hunter”, an acoustic love letter from Gordon to his late dog.

The two overtly political songs on the album are the punky "Burn The House Down", which gives an impression of warning the older generations to watch their backs; and the album’s highlight, "62 (My Generation's Falling Apart)" - the number in the title corresponding to the percentage of Scottish citizens who voted to remain in the EU.

"There's an ongoing narrative about how fucked everything is at the moment," Gordon says of the thread that ties otherwise disparate themes together. "It links everything, really, not just purely politics: It's linked to the economy, to drugs and alcohol, and what our generation is going through right now. You work hard in school, you train for your career and you try to succeed at it, but the reality is that none of it really fucking matters. It's a record that's angry because, as a generation, we feel like we've been sold short."

Yet there is an optimism that shines through the Granite City gloom - a sense that you don't have to spend your life accepting misery as your reality. This is most apparent in the songs “Night Like This” - which is the closest Cold Years get to The Gaslight Anthem - and “Breathe”, the chorus of which climaxes with Gordon’s empowering line, “I’ve got a reason to breathe”.

Paradise, which was released via Inside Job/eOne on September 4th, is a solid first outing for a skilled band fronted by a musician who has a lot to say and isn’t afraid of the bitter truth. The album’s sound is probably most closely related to fellow Scots Twin Atlantic, but beneath the angsty pop-punk surface you can feel a stadium rock ambition comparable to the likes of Foo Fighters, Green Day and Bruce Springsteen. There is still a way to go if Cold Years hope to reach such heights, but their energy, charisma and relatability make them one to watch in the future.