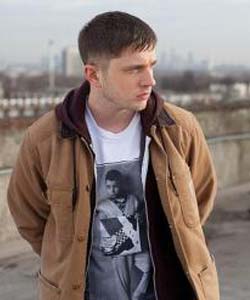 Plan B set the Manchester Arena alight on Saturday evening, with a performance full of enthusiasm, energy and purpose.

It has been a busy few years for Plan B – real name Ben Drew – after he was catapulted on to the big stage following the success of his second album The Defamation of Strickland Banks in 2010.

The album debuted at number one in the UK album chart and has since sold more than one million copies.

The British rapper took on a sharp-suited appearance for the first half of his act, including 'Stay Too Long', 'She Said' and 'Prayin'' encouraging audience participation throughout.

His fictitious tale of Strickland Banks propelled Drew into the charts and a role in mainstream music, a role which he grasped with both hands and he hasn’t stopped to look back.

'Ill Manors', a soundtrack to Plan B’s directorial debut, is the latest in a line of hard-hitting and powerful music, designed to impact all those who hear it.

The Mercury Prize nominated album takes a different approach to Strickland Banks entirely, and Drew's touring beat-boxer, Faith SFX entertained the crowd ahead of part two of his act.

Ill Manors is designed to get under people’s skin and show the everyday strains of growing up in a deprived world where the characters feel there is nothing left for them.

It is a story of struggle and difficulty that all too many people can relate to in the aftermath of the widespread rioting that gripped the county in the summer of 2011.

Plan B’s mix of rap, hop-hop and soul provides a sense of inspiration, while the strong and prominent instrumentals can send shivers down even the hardiest of spines.

The second part of his Act, Ill Manors, could not be more different to the first and features many film clips from the hard-hitting motion picture.

Speaking ahead of the album release Plan B described it as "a mirror, a reflection of today," and anyone who witnessed the rioting of two summers ago will find it all very easy to relate to.

He hopes that the album will re-open debate and once again highlight "the problems that have been swept under the carpet since the riots put them on the front pages."

'Drug Dealer' features lyrics that are simple yet powerful, while over-riding emotions of anger and sadness are cleverly linked to the images being projected behind the stage.

The act really heated up when Labrinth joined Plan B on stage for their collaboration 'Playing With Fire', as flames shot from oil drums around the back of the stage.

Labrinth had earlier taken to the stage as one of the two warm-up acts, with Rudimental – who rose to fame with 'Feel The Love' last year – the other offering more than adequate support.

To finish the act, Ill Manors was belted throughout the amphitheatre, bringing the curtain down on a set highlighting the incredible talents that Drew possesses.

There was still time for an encore though, as Plan B returned to perform the songs he produced in partnership with drum and bass giants Chase and Status.

Firstly, 'End Credits' – the theme song from Harry Brown – and then 'Pieces' reverberated around the Arena, before Plan B returned to 'Ill Manors' as if to reinforce his point.

Those struggling and in need of a 'Plan B' should look no further than Ben Drew for inspiration, as he certainly knows the issues related to 'Broken Britain' based on this performance.