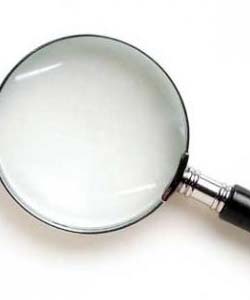 Murder most horrid - But not for real

I’ve had some strange and unforgettable experiences in my short career as a writer but nothing prepared me for the evil twisted crime I was witness to, one rainy Thursday in Manchester.

Above the Ape and Apple on John Dalton St, a pub I have walked past on countless occasions, a 70 year old zoo keeper was barbarically murdered in front of me by a talking giraffe named Janice.

Do not fear, we are not at the mercy of some strange experiment at Chester Zoo that’s gone wrong, I was an audience member at Manchester’s improv gem, Murder Inc.

The premise is that six very brave individuals create  a murder mystery right before our very eyes with suggestions from the audience on locations and characters. The theme was First Date and a very packed and vocal crowd went for my companion’s suggestion of the Zoo as the main location.

Jade Fearnley, Kate McCabe, Darryl Fishwick, Lukas Kirkby, Ben Schofield and Vicki Mitchem were our brave cast and were given fairly standard roles such as zoo keeper, protestor and security guard until poor Vicki was given the role of a giraffe which she took on with great vigour. The scenes were set for a murder most horrid.

It is fascinating to see a whole web of story be woven before your very eyes by the skilful cast who obviously have a great rapport, setting traps for each other such as announcing someone else’s character is Spanish or another speaks in rhyme.

The performer’s were fantastic. I grew up watching Whose Line Is It Anyway which ended up giving improvisation a bad name in my opinion but this is a far superior beast. The fact that the performance is the length of a play gives the players the opportunity to craft characters and sub plots.

The pace of the performance is fast and it’s easy to lose yourself in it and forget that it is improvisation. Plus they have free pizza at the interval!

I would heartily recommend turning out to see Murder Inc but be warned, arrive early, they are building quite the following.

By the murderous Chris Park for Canal St Online.