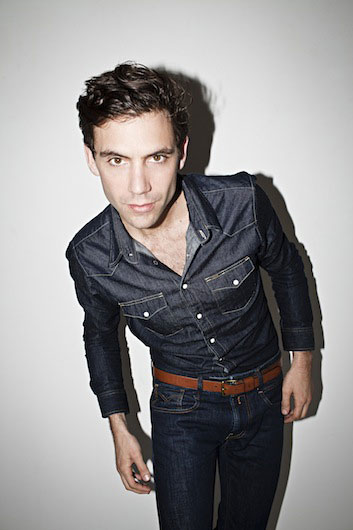 Colourful and energetic, with an unnerving ability to hit those impossible high notes, singer Mika is not to everyone’s taste but he certainly had the attention of an excitable audience at Manchester’s HMV Ritz.

In an intimate gig on Friday, the 29-year-old Beirut-born musician treated his fans to a high tempo 90 minutes of bubble-gum pop that certainly got the weekend started.

Mika first burst onto the scene in 2007 with his catchy number one song Grace Kelly from his first album Life in Cartoon Motion – also a number one.

And although the subsequent two albums have not been received with such success, he has built up a loyal following, with fans of all ages turning up to the Ritz on Friday night.

Dressed in black trousers, a white shirt, a hat, and red braces that soon found themselves slung off, Mika was his lively, bouncy self-straight from the off.

Opening with well-known song Relax, Take it Easy from his first album, he was supported by his band on piano, drums, guitar and percussion including a steel pan drum.

Given his energetic start, it was a surprise when he revealed a few songs in that he’d only arrived at the venue four minutes before he rushed on stage.

Barring a slight struggle to hit the high note at the start of Billy Brown, he appeared to take his rushed arrival in his stride.

For numerous songs – including fan favourite Big Girl, You are Beautiful – he invited the Polka Dot Choir of Manchester onto the stage to join in with him.

Dressed, as their name would suggest, in green polka dot choir dress, they added an element of gospel soul singing to the performance, lifting the atmosphere even more.

Although he threw himself around the stage, including jumping atop a piano that lit up, the musician mixed the tempo up with two slow songs from his latest album mid-way through.

Sitting on a stool at the front, he calmed proceedings with a rendition of Stardust before getting the audience singing back to him with cleverly written song Underwater.

But before the crowd could stop for breath, it was back to the up-beat, catchy tunes as he reverted back to fan favorites such as Love Today and number one hit Grace Kelly.

For all his excitable stage presence, it is clear the musician has a talent for song writing and performing.

As well playing solos on the piano, he slipped in his French song Elle m’a dit before picking up two action men thrown onto stage and effortlessly incorporating them into his act.

Revealing to the audience that the gig was to be the last time he would perform in the UK for a while, he also made sure to come back on for a two song encore.

Singing catchy Lollipop from his first album, accompanied by his band member on clarinet, he saved perhaps the better final number of We Are Golden for last.

The rendition of the song, which reached number four in the charts, seemed to typify the entire gig.

Joined back on stage by the choir, and an inflatable microphone and saxophone that had been lobbed on stage, Mika was in his element playing up to the crowd and dancing on the piano.

His musical sound wouldn’t be everyone’s pick for a Friday night, but there can be no doubting that Mika loves giving a good performance, and he certainly did that at the Ritz.