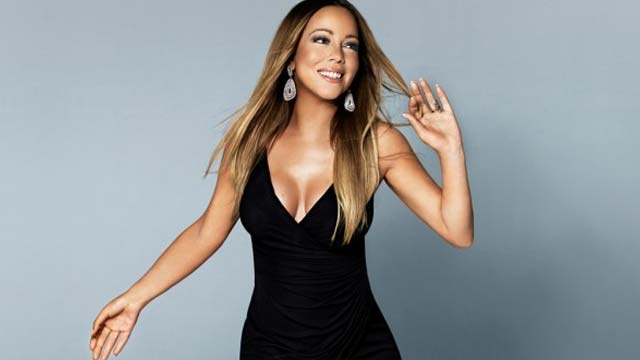 Manchester Arena shone even brighter this yuletide, with the arrival of global superstar Mariah Carey’s critically acclaimed All I Want For Christmas Is You tour.

After dazzling audiences in New York and set for a Las Vegas residency, the UK saw the only performance of the All I Want For Christmas Is You tour.

We were there on the night and here are our thoughts..

The best-selling artist of the 1990s finally brings her Christmas show to Europe with quick visits to Paris, London and Manchester. Mariah Carey has been performing festive shows since 2014 in her home country, usually doing a mini residency at the Beacon Theatre in New York. ‘Festive’ also becomes word of the night.

The backdrop is suitably adorned with a huge Christmas tree, some gift wrapped boxes and a dusting of stars. Ms Carey arrives in a stunning red number, showing off her recent dramatic weight loss opening with ‘Hark! The Herald Angels Sing’. The crowd are in good spirits and ready for an A-List Christmas party. Mimi addresses the ‘lambily’ (Mariah fans are all little lambs according to the lady herself) fairly early on. Of course the tragedy of the May bombing is spoken off and Mariah says there was no way she was not going to visit Manchester. She says the strength of the city and people is commendable and we feel like this infamous press branded ‘diva’ is human after all. She then tells us she owns a set of pet reindeer and full order is restored: she is not by any means a real person and she is indeed disconnected from reality.

This disconnect is also slightly evident in the set list. Indeed this is a ‘festive’ show (and in case we forgot, Mariah’s overuse of the word continues to remind us) but there is a very sparse inclusion of non-holiday tracks and they only arrive towards the end. Of these, ‘We belong Together’ is a huge highlight and of course ‘Hero’ always does the trick (we are so accustomed to seeing third rate reality TV show singers butchering this song, so good to see the writer and original singer performing it). However, not only is the party lacking some big hits, but the festive numbers are very tailored to the non-secular American audience. As a British crowd we want the party Christmas songs, but we are mostly given tributes to Jesus. Too many of the tracks are unknown and focus on her second Christmas album of 2010.

The budget is minimal, the staging beyond basic (as has always been the case for Mariah shows surprisingly). The backing singers as usual are incredible and have been with Mariah for decades: Trey Lorenz gets his moment and we are thankful of it. He is one of three interludes to fill in for a lengthy costume change – at one stage I believe there was 12 minutes between outfits! A less successful interlude was a young girl singer (with further dancing kids) who was not only twee beyond belief but sadly out of tune. We did not sign up for all dancing, all singing kids!

Despite the slightly awkward set list, we still have a great time and the atmosphere rarely suffers. We know we are in the presence of a true great, who is undoubtedly ‘affected’ but we almost love her more for it. I am in the company of a super fan so from his point of view, there would be no objectivity. I am also a Mariah live virgin and wish my first time hadn’t been at a festive show but nonetheless ‘Silent Night’, ‘Joy to The World’ and ‘Oh Holy Night’ are enjoyable. We are not sure how live the vocals might be. We know over the last few years, there have been many controversies about some instances of some unfortunate singing. However, it matters not: Mariah Carey has nothing to prove about her vocal ability, and we will happily pretend the whistle notes are a 100% live whether they are or not.

We have a great night, and finish inevitably with THAT song, which must be the best Christmas song of time surely? That is the song responsible for tonight and there isn’t a single person in the arena not on their feet: everyone is in full voice with a smile smeared on all the tipsy faces (ours most definitely included). Merry Christmas Mariah – please keep being nuts!