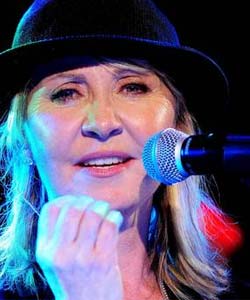 Lulu at The Lowry

We are delighted to announce that Lulu is celebrating her 50th year as a recording artist with a brand new album with Decca Records. Making Life Rhyme now released.

She has embarked on a major tour and we were there on the night.

Marie McDonald McLaughlin Lawrie is a name many of you wont recognise straight away.

Lulu however has become a household staple for some 50 years now.Along the way,she has married a Bee Gee,won Eurovision,albeit jointly,written a global hit for Tina Turner,married another famous man ,this time in the world of hairdressing and has now decided to produce an new,self penned album and to go on the road across the country.All this in her 67th Year.

Diminutive in stature she maybe,but in terms of impact on stage,she is quite the opposite.

Backed by a youthful and very enthusiastic band,Lulu commanded the stage from the start and treated to us some alternative arrangements for many of the songs she has become synonymous with.

Following a very rock influenced opener, her take on the Brit Pop classic Republica's 'Ready to go',she swiftly moved onto a contemporary version of Bowies'The man who sold the world',a major hit for her in 1974.Yes 1974...Her now famous cover with Take That, 'Relight My Fire'followed quickly and set the 'dance' tone for the night.

The first half was further punctuated with stories of her struggle as a writer,the eternal battle between a public and private life and lots of references to some of the famous people she has known over her 50 years as a performer.

Lulu is easy on stage and engages her 'mature'audience effortlessly.Most of whom had clearly been on this musical journey with her. She looks fantastic, for any age and teased her fellow musicians by suggesting that they needed an interval as they couldnt keep up with her.

Musically,we were treated to a wonderful Reggae version of 'To sir with love',a stunning acoustic masterclass of Bee Gee classics (together with the stories that went with them )such as 'Run to you',and 'I've Gotta Get a Message to You.

The rendition of her self penned 'I Don't Wanna Fight'which she dueted with her guitarist,was further evidence of the biographical theme which ran throughout the evening.

By the time 'Shout' arrived,the audience needed no invitation to get up and dance,including one gentleman who graced the aisles with his 'moves'who in our opinion,was certainly well north of 70 years old.

A well deserved standing ovation must have sent Lulu back to her dressing room feeling that the opening night of her first tour in years had been a remendous success.

For details of other tour dates for you to see. http://www.gigsandtours.com/tour/lulu