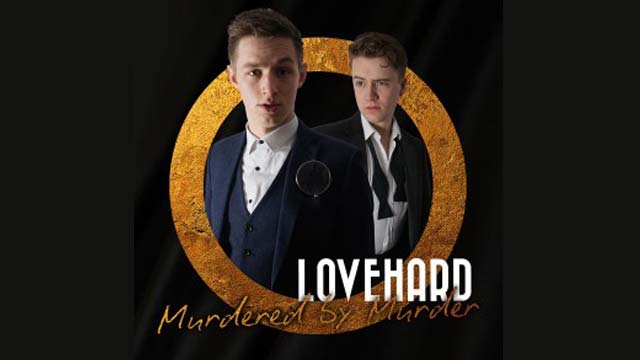 At last, a comedy show! I don't know what it is about fringe theatre these days, it seems mostly worthy kitchen sink dramas and millennials bemoaning their fate, and to have forgotten entertainment is supposed to be.... entertaining.

No doubt with this pair, who were clearly having a ball, sparring like two old uni chums from a “better” university after a few G&Ts, dontcha know. It did remind me of the anarchic and sometimes inspired humour of the Pythons, perhaps a little rougher at the edges.

It took the audience a little time to work out what was happening (comedy is so very rare these days) but they soon got into it and we spent a pleasant hour in the company of some fine chaps who were nearly as humorous as they thought they were.

The story is so predictable as to be irrelevant, simply offering the opportunity for the actors to indulge in a lot of easy characterisation of the stereotypes presented at at a jolly aristocratic 1930's murder mystery evening, something they do very well, including innovative flashbacks and improvisation, some of it I suspect unintended.

These two are to be applauded for offering something different and I for one will be pleased to view their next production (so long as its a comedy) with interest. But possibly not if its in Hastings (see their twitter feed). HURRAH for comedy! Go – enjoy!