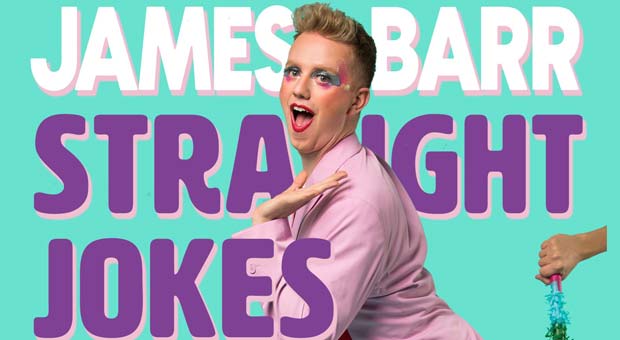 James Barr at Frog and Bucket

James Barr Straight Jokes was a standup session at Frog and Bucket by the eponymous podcaster as part of Manchester Fringe. It was well done and very well received by a large predominantly LGBTQ+ audience with a smattering of straight people to balance things.

A straight man (Keith) was brave enough to put his hand up when peoples’ sexuality was canvassed and he could be forgiven for wishing he hadn’t as James returned to him a few times in the evening which lasted about an hour and was just the right length.

The team at Frog and Bucket were welcoming and a packed house filled what turned out to be an ideal venue for such a show.

It was a very enjoyable evening and it’s a pity this was a one night only event – here in Manchester anyhow.

Edinburgh audiences will soon be able to enjoy this perfomance aswell.