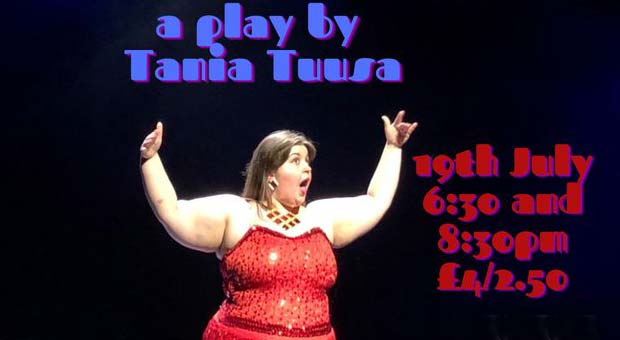 Internal is a one woman show from Tania Tuusa – currently completing her MA in Acting (Company) with Liverpool Institute for Performing Arts. Though only 30 minutes long, this piece takes you on a journey with Melanie through her internal dialogue. She talks us through her upbringing, childhood and friendships, interspersed with hints of a sassier Melanie hiding inside. Her fears – of rejection and of being ‘seen’ keep this sexier version of her hidden away right until the end.

It’s a piece that will speak to you. We’ve all had moments where our lack of confidence keep us from acting on a desire, whatever that looks like, and Melanie’s fears and experiences will echo within. That said, you may find, as we did, that we were desperate to help Melanie out of her shell and encourage her to embrace herself wholly.

Speaking afterwards, Tania explained, ‘I wanted it to feel like me, feel organic, and feel like I was talking as well as playing someone else. I wanted Melanie to be a separate entity, so I used some of my own stories and created some for her. People have said she’s a very relatable character’.

If you’ve missed this showing of Internal, you can still see Tania perform again at Camden Fringe on 23 and 24 August, and at Watford Fringe on 1 and 2 October 2022.