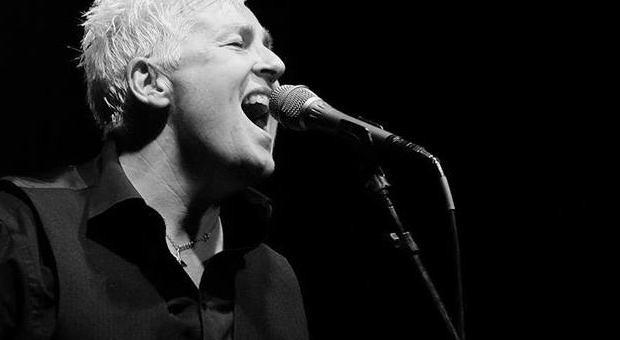 Manchester welcomed the return of Scottish singer songwriter, activist and icon Horse McDonald to her favoured venue, Band on the Wall where she arrived hot on the heels of a busy 12 months having performed in Germany, Scotland, and a short residency in London performing Dusty and Shirley with the unique David McAlmont.

From the outset it was clear that she was delighted to be back amongst friends and was chatty and engaging with the crowd, many of whom are now familiar faces to her, having accompanied her on her journey over the years.

She was there to celebrate with her loyal fan base the 25th anniversary of her album God's Home Movie.

And she chose to play the album in the order it first appeared, to the delight of the crowd.

After all, when you consider the majority would have been listening on vinyl, it's a rare beast who chooses to take the needle off the record and jump about the track list! The result was a perfect performance which showcased her unique sound and range.

The band has had had a reshuffle since we last saw them with Samson (drums) and Gemma (keys) the remaining visible members.

The 2 new members were playing only their second gig and to be honest if Horse hadn't mentioned this, we would never have known, so capable and at ease were they with the set list and the other band members.

In no time at all it seemed that the album had been covered and she admitted that she couldn't leave without performing some firm favourites which included You Could be Forgiven, Never Not Going To and of course Careful.

Earlier in the year she invited her fans to submit a live recording of a cover of their choosing was part of competition to win the opportunity to perform with her at one of her live dates.

The show ended with an outstanding acoustic performance of God's Home Movie with one of the competition winners and ably assisted by the band and her support, Sandra MacBeth.

It's clear that her fans are very important to her and she took the time after the performance to meet and greet, sign autographs and have selfies with anyone who had taken the time to stay after the show.