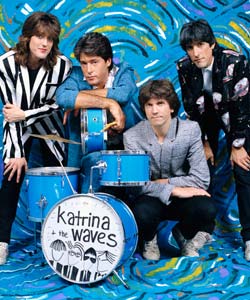 On a rainy Sunday night in Stockport, when most of the world is settling down with a cup of tea and Planet Earth, a small herd of glitter-clad, flag waving Europhiles descended on Stockport Plaza - ready to blast their Bonnie Tyler, and swoon their Sandie Shaw for the Stockport Plaza Eurovision Christmas party.   Becca Hamilton, from manchesterstudenteats.co.uk, went along.

I’ve never felt more both at home and out of place than the evening of Sunday 13th November, when I rocked up at the Plaza, took my seat, and was promptly surrounded by glittery grannies, arguing over whether or not they wanted to be France or Germany.  Nope, no

OAP-FIFA games over tea and biscuits, or post-Brexit-plans for retirement relocation - they all just wanted a different flag to wave, an assortment of which had been kindly provided by the venue.  To avoid potential fisticuffs in the Stalls, I offered up my

Union Jack that was pinned to my seat, much to the disappointment of the kid in front of me who’d been eyeing it up from behind his neon-blue flashing glasses and was now stuck with Greece.  Sorry bud.

First off the bat was Nicki French, who dropped her 1995 dance remix of “Total Eclipse of the Heart” and had everyone dancing along and up on their feet.  She was honest and hilarious, proclaiming more than once that she would be in the bar afterwards - then, halfway

through her set, gave up with any pretence and started telling it like it was - saying, actually, she’d just rather be in the bar now. Good on you my dear.  She told us how she was going to sing one of the other Eurovision winner’s songs, and I won’t like, part of me did wish a tiny bit for a nineties-inspired version of Lordi’s Hard Rock Hallelujah, but alas, it was not to be.  All-in-all though, a great start to the show.

Next on stage were Joe & Jake, fresh from performing in the 2016 Eurovision song contest for Great Britain in Stockholm.  Another crowd pleaser; especially when they sang their new single, “Like I Would” and were playfully heckled by a couple of the slightly more inebriated members of the audience, who took a fancy to their fresh faces.  They were good sports, and again, had everyone on their feet with a cover of Walk The Moon’s “Shut up and Dance with Me.”

Between acts the night was hosted by Stockport’s very own Conchita Worst (who had a marvellous display of dresses she changed into throughout the night), and Manchester's own Madamoiselle Ooh La La, both of whom kept the audience excited in what was to come.  Also, it might well have been the couple of beers I sampled, but when Conchita’s announcements of who was to perform next were repeated in French by Madamoiselle, I, as well as everyone else in the audience, was tickled.

As the advert suggested, it was (perhaps unexpectedly) a perfect night for a Christmas Party; we were most definitely given a flag waving, festive frolic through all that was great in British Eurovision.  Scooch (who had everyone highly entertained with along mash up of Backstreet Boys, Spice Girls and the Vengaboys), Sonia (our 1993 entry who rocked “Better the Devil You Know”), and Katrina (sans-The Waves that won the 1997 Eurovision Song Contest) did just as good of a job at getting everyone up on their feet.

Everyone was singing along and having a blast, with lots of flag waving to boot.  The whole night rang of an early Pantomime treat - but with no villain in sight.

Check out other events coming soon.