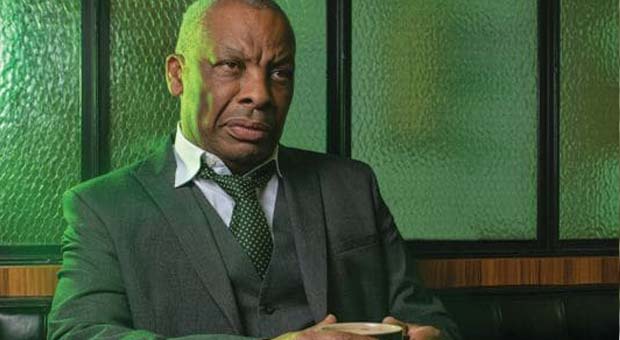 Death of a Salesman

Arthur Miller’s 1949 play is considered one of the greatest plays of the 20th century. Willy Loman – a travelling salesman – measures happiness in terms of wealth and popularity. Believing money will make him happy, and in continual pursuit of the elusive American Dream, he never pauses to consider happiness in what he has.

Don Warrington excels as Loman, living day-by-day, but slipping into memory of years before. His family see him talking to himself; the audience see the scene played out with the ‘invisible’ characters. Haunted by these memories, he struggles with what might have been, puffing up what never was and ultimately living a life of lies; lies that shackle his life. But the driving force of this production is the excellent Maureen Beattie as Willy’s long suffering, but wholly supportive wife Linda. It’s clear she is devoted to him, and that she knows he is contemplating ending it all. At times timid in conversation, she comes into her own when chastising her children for wasting their lives - Biff (Ashley Zhangazha) through not holding down any job and Happy (Buom Tihngang) for his womanising - and the disappointment this has caused their father.

Whilst the play runs at over three hours, Sarah Frankcom’s slick direction drives the pace and keeps the attention, drawing out every moment of this intense family drama. A stark stage is crowned by a huge tree, filling the upper space of the theatre, branches edging ever closer to the ground; this verdant gargantuan symbolising the lush life that Willy aspires to, always just out of reach, overshadowing the seeds that Willy finally gets to plant. Seeds of hope that come too late.

This powerful production reminds us to concentrate on what is rather than what if. It delivers a dynamic cast and ensures Death of a Salesman retains its reputation as one of the greatest American plays of the last 100 years.

Remember if you have @canalstcard you can enjoy 10% off at The Rivals bar and Restaurant.