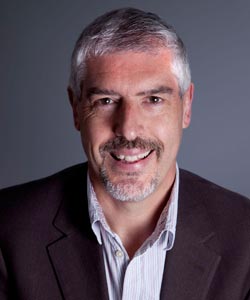 Arthur Bostrom is best known for his globally famous portrayal of Officer Crabtree in Allo Allo. Last night at Taurus, 1 Canal Street, M1 3HE he offered a packed house, a wonderful insight into life as an actor.

Arthur, a Patron of The Greater Manchester Fringe, shared his early influences and experiences, which formed his initial interest in performing and which eventually led to his decision to become a professional actor.

With the aid of audio-visuals, Arthur recounted the very early influence of Watch with Mother's Bill and Ben, the way he learned to communicate with his late, deaf, Grandmother, through to a variety of roles performed at Durham University.

The evening was further 'littered' with tales of meeting and working with the likes of Sue Pollard, Kate O Mara and Brian Blessed as well as many other celebrities all well- known, I’m sure, to most of the audience.

Inevitably, the ever- popular Allo Allo took up much of the narrative as Arthur talked fondly of many of his fellow performers as well as the series Writer, Director and Producer. David Croft. The scheduled Q and A session was fascinating and gave the delighted audience even more insight in his remarkable career to date.

If he can ever be persuaded to repeat the show in the future, then do try and see it: Entertaining stuff.